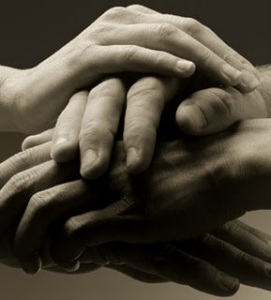 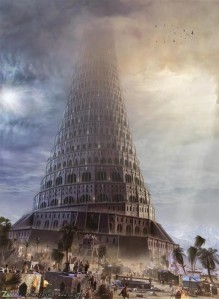 For one, God kills everyone save one family.  For the other, he breaks them up by making them all speak different languages.  Knowing that God flooded the world specifically because of the sin of thievery, it seems like those trying to kill God got off kinda light.  I mean, which one do you think deserves the harsher punishment, pervasive theft or actively trying to murder your creator?

The Rabbis explain this seemly disproportionate response with an interesting insight. Even though humanity was hellbent on deicide, they had unity. “They conducted themselves with love and friendship” as the Rambam notes.   Unity is the most powerful force in the world.  If humanity came together for a unified purpose I honestly believe there is nothing that could not be accomplished.  And God recognized that and thus the generation was spared.

But as powerful as unity is, it can also be extraordinarily destructive.  And the Torah illustrates this profoundly.

Two times (and only two times) the Torah does a peculiar thing. It refers to a nation by noun (Israel, Egypt, etc.) in the plural form, but then conjugates the verb in the singular. The first time is when the Jews are leaving Egypt and about to enter the Sea of Reeds. In the English it says “Egypt was journeying after them” (Exodus 14:10). The word used for journeying in Hebrew is נסע which is singular opposed to נוסעים, the plural.  The other time is when the Jews get to Mount Sinai. “They…arrived at the wilderness of Sinai and encamped in the Wilderness and Israel encamped there opposite the mountain.” (Exodus 19:2).

The Torah is pointing out that at these moments that these two nations were so united they were as ONE.  But for one group their unity brought the Torah into the world. For the other it lead their ultimate destruction. Why?

Torah commentator Rashi points out the important distinction. For Egypt Rashi writes “בלב אחד כאיש אחד” (they were one heart, one man) but for Israel he says “כאיש אחד בלב אחד” (they were one man, one heart). What Rashi is pointing out is the difference between passion and logic.

When a group of people unify for an idea, as it did with the Jews at Sinai, then the passion can follow and tremendous productivity can be achieved. But when people get swept up in passion first, logic gets thrown out the window and that is dangerous. We see this in mob rule, riots, people with pitchfork and torches. I cannot believe that the nation of Egypt, even under order of Pharaoh, could logically come to the conclusion that it was a good idea to follow the Jews into the Sea of Reeds. After having suffered though a year of cataclysmic plagues,  what person in their right mind would follow their enemy into a split sea? But it was that passion of anger that lead to their destruction when the waters collapsed on them.