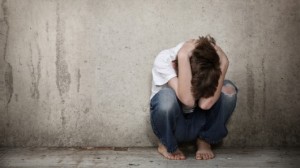 I remember when I first started studying Torah more seriously, I showed my father the book Mesillas Yesharim (mentioned in my last post).  The minute he read that a Jew must have fear of God, he put down the book and said to me that that was a “Christian idea.”  For one thing, it’s very Jewish.  Where do you think they got from?  But as many ideas that are borrowed/inspired/stolen go, they usually get it wrong.

It is hard enough for people to believe in a higher power, but mention the idea that we should fear such a being and people go from being uncomfortable to rejecting God altogether.  And why wouldn’t they?  Who wants to live in fear?  Judaism is supposed to a religion about learning, inspiration, self improvement, and bringing light to the world.  Why would it rely on a tactic used by dictators, tyrants, and pretty much every corrupt organization throughout history?

stand EXACTLY what’s coming.  Now if you see a harmless garden snake and you have same reaction, you may not understand that the garden snake isn’t dangerous like the rattler, but you think it is.  Perceived consequences.  Conversely, a toddler doesn’t understand anything, is afraid of nothing, and gets into everything.

So what is fear?  יִרְאָה, or yirah is the Hebrew word for fear.  Interestingly enough יִרְאָה shares the same root as the word רָאָה or raah which means see.  So what yirah literally means is to see.  Or as my favorite Rabbi puts it, “to see consequences.”  And here’s where the profoundly Jewish part comes.  If God does, in fact, rule the world, tailoring our experiences for our sake, that means that whatever we do will have ramifications.  Good and bad.  Whether we see them or not. To fear God simply means to see that everything we do has a consequence.

But I don’t want to be making the “right choice” because of a consequence of some judgement.  I want to make the right choice because it’s the right thing to do!

And if that is your mentality, bravo!  That’s exactly what it should be and Judaism fully agrees.  Pirkei Avos 1:3 “Do not be like the servants who serve their master for the sake of receiving a reward…” From the Rambam’s Mishneh Torah Chapter 10:5 “Anyone who occupies himself with the Torah in order to receive reward or in order to protect himself from retribution is considered as one who is not occupied for the sake of God.”  And there are several more examples.

Doing right for right’s sake supersedes doing right out of fear.  But there is no escaping the fact that we are emotional creatures that from time to time will fault due to temptation, exhaustion, frustration, and rationalization in our willingness to convince ourselves that “it doesn’t really matter or what difference do our actions really make?”  That may be good enough for a person trying to be better, but Judaism has a higher standard. It was designed to maximize the good a person can do.  And the only way one can do that is by being real with the fact that everything we do does matter.  If you don’t believe that fear has a productive effect, let me give you this one last example.

You’re driving in traffic late for work.  As you approach a stop light, you see the light turn from green to yellow. Normally you would stop, but you’re pretty late so you step on the gas.  During the mere seconds from that moment until when you clear the intersection, you are in a different state of mind. Did a cop see you? Was there a flash of a red light camera? Could someone turn into the intersection at the last second?

That’s the awareness of consequences that fear of God wants you to have.  Doing right for right is great, but fear of God catches you when your convictions are tested.  It keeps you honest.

There is tons more I could say on this matter, but for brevity’s sake I’ll direct you to two incredibly insightful and meaningful lectures that delve into the real meat of this idea.

Also there is a whole chapter devoted to fear in a fantastic new book by Rabbi Denbo, 7 Traits to Change Your World. 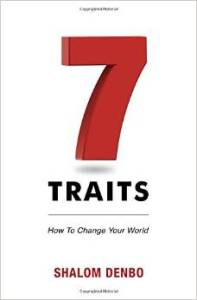 One response to “Fearing God? That’s A Christian Thing. Right? — by Ben”