Kosher piggy backing off my recent post, I established necessity for the Oral Tradition.  But a major problem presents itself.  How can hundreds of years of orally communicated material not be corrupted?  Or more simply put, haven’t you ever played the game telephone?

If you’ve never played the game (I question your upbringing) several people make a line.  Person A whispers a phrase to person B and B whispers said phrase to person C until you get to the last person in the line.   The phrase cannot be repeated for clarification and as illustrated by the Simpsons clip above, the phrase rarely makes it to the end of the line intact.

So knowing what we know about such a fallible transmission process, how can any rational person believe any significant amount of the original message remains intact?  Especially, given the vast amount of information that needed to be communicated. 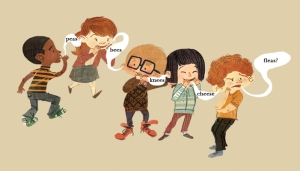 We’ll let’s break down the telephone game, for one.  When most people play the game telephone, there is no incentive to maintain the integrity of the message.  Most people either try to intentionally mess with it or they just don’t care.  But let’s say we offered all the participants $100 to get the message word perfect across the line.  Think the success rate of the message might go up?

Well let’s take it a step further.  In additional to everyone getting $100, let’s say after person A told person B the message, person B had repeat the message back and person A wouldn’t let person B tell the message to person C until person A was satisfied.  Now we’ve probably got significant chance of high success rate.

But I’m going to take it yet a step further.  When person A tells person B, person be has to write it down and person A makes sure person B wrote it down correctly.  Now I know what you’re thinking, “Hey, the oral tradition wasn’t written down until the Mishnah.”  And that’s wrong.  The oral tradition wasn’t published until the Mishnah.  But rabbis kept a personal notebook called a machberet.  So now we’re writing it down.  I think our telephone message is probably going to make it to the end in perfect shape.

That’s great for a message.  But the library of information that is the Talmud?  C’mon.  And across generations? 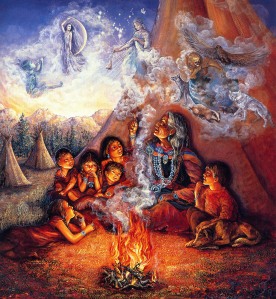 That’s where the metaphor of telephone breaks down.  We’re not talking about elementary school children getting a message across 10 peers.  The Rabbi’s during the time of the oral transmission weren’t old men around camp fires.  They learned the Torah from infancy.  Breathed it.  Lived it in constant practice.   And only at the earliest age of 40 were in a position to teach it.  They had no doubt it was the word of God and held authentic transmission as their highest priority (certainly worth more than $100).  Prior to recent history we had a record of student to rabbi, rabbi to rabbi, in a chain leading all the way back to Sinai (known as the mesorah).  It was a culture that agonized over the details and held learning above all else.

If that’s not enough to convince you that transmission might be possible, if not probable, I invite you to listen to a lecture by Rabbi Lawrence Keleman.  He covers even more steps I skipped over and he actually conducts an experiment to see if teenage girls can properly transmit a complex message intact using the oral method.  It’s fascinating.