This week we get to the final plagues, Locust, Darkness, and the Death of the First Born. But compared to previous parshas, relatively little ground is covered. Shemos started with the Jews being enslaved in Egypt and went to Moses being almost 80 years old. Va’eira took its time going through 7 plagues. Bo tells of the plagues, but then for the first time in the Torah switches from the narrative to details of Mitzvahs, particularly those pertaining to Pesach. But unlike the other plagues where the Torah goes through the sequence of events, the Death of the First born is foretold, then interwoven with these Pesach mitzvahs, jumping back and forth. Then to end it all we finish the parsha with…

And it will come to pass if your son asks you in the future, saying, “What is this?” you shall say to him, “With a mighty hand did the Lord take us out of Egypt, out of the house of bondage. And it came to pass when Pharaoh was too stubborn to let us out, the Lord slew every firstborn in the land of Egypt, both the firstborn of man and the firstborn of beast. Shemos 13:14-15

Obviously this final plague has a certain significance the other 9 do not. Given that understanding, there is a peculiar language used when this plague comes about.

When Moses first tells of the final plague he says “This is what God has said, ‘About the time of midnight, I will go out in the midst of Egypt. Every first-born in the land of Egypt will die…'” It might strike you as odd that the Creator of the universe, existence, and time itself, would be so haphazard about His schedule. Maybe it’s a translation issue? The words used are כַּֽחֲצֹ֣ת הַלַּ֔יְלָה (k’chatzos ha’lylah). חֲצֹ֣ת (chtzos) means half and הַלַּ֔יְלָה (ha’lylah) means the night. But what about that כַּֽ?  If you know your Hebrew prefixes, that letter is a caf and is the prefix for “like.” So it literally translates to at like half of the night. Opposed to בַּחִצוֹת הַלַּ֔יְלָה (notice the bet בַּ which means “in”) which would be the more appropriate way of saying at midnight. So the translation seems correct. Then when you jump to later in the parsha when God does enact the final plague it does say וַיְהִ֣י בַּֽחֲצִ֣י הַלַּ֗יְלָה. “It was at midnight…”

If God was exactly on time, why the about? The Rabbis say that Moses is the one who actually changed the “exact” to “about.” Remember, in ancient Egypt, they didn’t have phones that auto-updated to satellite time or Swiss-made watches that perfectly kept to the seconds. And in the middle of the night, they didn’t have access to a sun-dial. It would be up to Pharaoh’s astrologers to calculate midnight. And Moses foresaw that they would probably mess it up (either by accident or intentionally). Then Pharaoh would say “Aha! Your god didn’t kill all the first born when he said he would! This was obviously just a freak coincidence.” 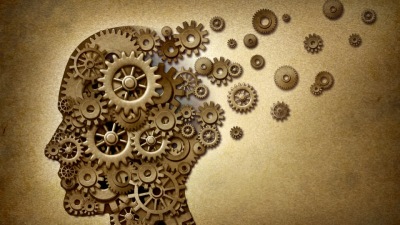 You might be thinking, “Egypt has been though a year of plagues which ranged from a pain in the butt to turning reality on its head. And to end it all, everyone loses their first born child at the exact same moment. But because there was a time delay, the Egyptians are honestly going to think it was a natural phenomenon? That’s absurd!”  And you’d be right. But we, as people, do it all the time.

Let me tell you a joke:

Paddy is a born and bred true Irish Catholic. He was driving down the street in a sweat because he had the most important meeting of his life. For blocks the spots were filled. Over and over he circled the streets, but no luck. Looking at the clock he saw he had 2 minutes. Finally he turned heavenward he said, “Lord take pity on me. If you find me a parking spot I will go to Mass every Sunday, missing my beloved football games for the rest of my life. And starting today I give up drinking, once and for a–“

Then out of the corner of Paddy’s eye, he miraculously noticed an open spot right in front of the building entrance.

Paddy looked up again and said, “Never mind, I found one.”

One of the questions people ask of religion is, “If there’s a God, why doesn’t he reveal Himself? Just a miracle or two would be nice. Then we can put the whole doubt thing to rest. ” Aside from the whole free will answer to that question, even if we did get a miracle we would have the same response as the Egyptians and Paddy.

We experience miracles all the time. But aside from the daily miracles, (the fact that our planet is exactly the right distance from the sun to maintain a temperature for supporting life, that if you have the ability to read this blog you live among a minority of people in the world living a comfortable existence, etc… ) each and everyone of us has that story about the time that thing happened out of nowhere that should not have happened. And I’m not just talking narrowly escaping death as shown below.

I’m talking about incredible coincidences,  answered desperate prayers, and seemingly bad turns of luck that ended up being one of the best things that ever happened to you. At the time we experienced them we were connected. Moved. Inspired to live life in a new way. But it wasn’t long before we shrugged it off as something that just happened or forgot it completely. The 10th plague couldn’t become that.  And that’s why Moses had to remove doubt by adding the time approximation. Pharaoh had to know it was from God. We as they Jewish people needed to know it also. But for us we get the festival of Pesach to remind us.