In this week’s parsha we have the famous splitting of the sea. Imagine witnessing an event of that magnitude first hand. How long would that stay with you? Last week I talked about seeing miracles and whether that would leave an lasting impact or not. In parshas Beshalach, we see that play out with the Jewish people and how they handle it.

After leaving Egypt with their freedom, God has them go the long way (more about this later). They are led by a pillar of clouds to a spot basically between a rock and a hard place (except the hard place is the Seas of Reeds). The Egyptians come running and the Jews freak out crying “Were there not enough graves in Egypt that you took us out to die in the desert?” Then Moses splits the sea, they’re saved, the Egyptians die and the Jews experience the highest level of prophecy possible.

But three days later, they are journeying in the desert and the Jews complain that they’ve run out of water. They come across an oasis, but the water is bitter. So God has Moses throw a tree into the water and suddenly the water became sweet.

A few weeks after that they run out of food and B’nei Yisrael despairs “If only we had died by the hand of God in the land of Egypt when we sat by pots of meat and ate our fill of bread…” So God gives them manna, which is waiting for them to collect each morning and tastes like anything they can imagine.

Eventually they run out of water again and this time they turn on Moses saying “Is God among us or not?” Moses cries out to God “What shall I do for this people? Before long they will stone me.” And so God leads Moses to another source of water. But almost immediately after they are attacked by the nation of Amaleik and the Jews must go to war.

*We do not endorse mixing milk and meat.

The parsha starts with the line “When Pharaoh sent away the people God did not lead them by way of the land of the Philistines although it was the shortest route.” Knowing that, if you look at the sequence of events. You’ll notice a pattern.

Why is there this pattern and what does it mean? For the middle three events the Jews get desperate and cry that God has abandoned them. Despite the miracles they had just witnessed first hand!  And with each event their discontentment escalates. The first time they just complain. The second time they despair “We should have died in Egypt.” The third time they confront front Moses so harshly, he feels threatened. And this is the exact line of thought we experience when things aren’t going our way and we feel abandoned by God.

“Awww, c’mon God!” is followed by “Why me? What did I do?” Then finally it leads to outright frustration and giving up.  And why do we go down this path? 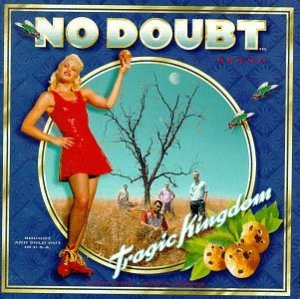 What the Torah is trying to teach is about doubt and how to deal with it. We all have moments of clarity. Where what we should do in life is obvious. Where God’s mark on the world is so apparent and everything make sense. But those moments are few and far between. They are emotional and don’t last.

And that’s when doubt creeps in. “Maybe this religion thing is nonsense.” “Maybe there is a God, but he doesn’t want me to succeed the way I want to succeed.” “God allows hobos to exist, maybe God’s plan is for me to be a hobo. Screw keeping kosher.” But if you are logical and realize what God has done for you, you can endure. But better than enduring, you can also reflect.

There’s nothing wrong with the Jewish people running out of food and water, then going up to Moses and saying “Hey Moses, were kinda hungry and thirsty. What gives?”  The very fact that God gave them water and food after asking, proves that they were supposed to ask. But rather than throwing up their hands in frustration and saying “We’re hungry, this whole God thing is stupid!” The better approach would have been, “Moses, we’re hungry. What are we doing wrong? What are we missing?”

Remember God didn’t put us on his planet to just be happy. Our purpose is to do good and perfect the world. In order to do that we need to be the best version of ourselves. We need to grow. And no matter what happens to us, we can always reflect and seek out where we’re veering off that path of growth. The alternative? Getting angry all the time and throwing up your hands in despair.

For the final part of the sandwich the Jews end up fighting the battle that God originally had spared them from. Why? Two reasons.

1) To remind us that the perspective above, keeping on the path of growth and leaving doubt behind is a constant battle. Everyone will have doubt. It is our duty to remind ourself of the clarity we’ve already discovered. Why do you think we say the Shema twice a day? And wrap it on our arms and head? And put it on our door posts? Because it is a continual process. And just when you think you’ve got it all figured out, you’re gonna get hit with a wallop. Be ready.

2) To remind us that we need God. Rabbi Noach Weinberg used to say, “There are no atheists in the foxhole.” Remember the Jews are being cared for so luxuriously in the desert, it borders on coddling. They’re protected by fire, guided by clouds, food is just laying there waiting to be scooped up outside their door. You’d think they’d appreciate how much God is doing for them. But they don’t. They take it for granted. And because of that they’re going to have to fight for their lives and pray to God for help.

And if you think that’s absurd, when was the last time you thanked God for the pre-wrapped sandwiches from the corner deli?

2 responses to “Beshalach – Leave No Doubt — By Ben”