In the midst of endless halacha (laws) and details of sacrifices etc, the Torah does jump back to the narrative on occasion. And in parsha Shemini, the narrative it jumps back to is downright troubling.

Moses has just finished anointing Aaron and all his sons so that they can finally be priests (Kohanim) in the Mishkan. This process has taken a whole week and this is the 8th day (Shimini means eight). Aaron performs his first service and upon its completion “the glory of God appeared to the entire people. A fire went forth from before Hashem and consumed upon the Altar the [offerings]; all the people saw and sang glad song…” (Vayikra 9:23-24)

But then tragedy struck. Nadav and Avihu, Aaron’s oldest sons do something… (we’ll get into that) and a fire comes from God and consumes the both of them leaving their lifeless bodies. Moses has them removed from the Mishkan and instructs Aaron and his other sons are to show no signs of mourning (“Do not leave your heads unshorn and do not rend your garments…”)

What could they have possible done?

No only does God kill them, Moses says they aren’t to be mourned??? Talk about harsh. What did they do that was deserving of such a hard punishment?

There are other opinions but these are the most prominent. Do any of these reasons seem like they warrant the death penalty? They’re not malicious. It’s their first time performing the service, a mistake was bound to happen. Why can’t God give them a break? Or at the least a chance to do Teshuvah (repentance)?

This is chemistry. Match in the gas tank. Boom. Boom. 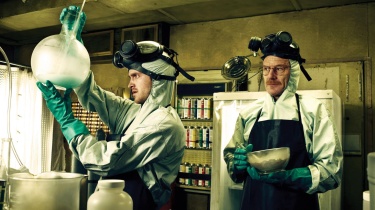 You have to realize, if you’re going to take this book the Torah seriously the you have to accept that spirituality is a reality. If you can’t, then Torah and Judaism will only ever be an intellectual pursuit and any miracle in the Torah is “a nice little story.” But if you accept that spirituality might be a real thing, then you have to understand just like the physical world, there are laws and rules to how things work. I’ve heard Kabbalah referred to as the “physics” of the spiritual.

So when you’re in the Mishkan, the holiest place IN THE WORLD, it’s like you’re in a nuclear reactor. One wrong move and boom, you just caused a Chernobyl. To be a Priest of the Mishkan (and eventually the Temple) meant every move you made while in that sacred space had far reaching consequences to the world. Even their emotions had an effect, they had to perform the services in a state of joy. Hence why Aaron and his other sons couldn’t stop to mourn.

Nadav and Avihu were literally playing with fire. They had just finished the orientation and were like “Yeah yeah, we got this.” And they proceeded to do something they were not told to do and in a way they weren’t supposed to do it. Does the crime of being too ambitious or careless deserve the death penalty? Under most circumstances, certainly not. But when you’re in that nuclear reactor, or say, holding on to a sample of ebola because you work at the CDC, showing off at that point is tantamount to extreme recklessness  and negligence. What they did had consequences.

Wrong but not bad.

As much as Nadav and Avihu are condemned, Aaron does receive words of consolation from Moses.

Then Moses said to Aaron, “This is what the Lord spoke, [when He said], ‘I will be sanctified through those near to Me, and before all the people I will be glorified.’ ” And Aaron was silent. (Vayikra 10:3)

A Midrash clarifies this line.

“Moses said to Aaron, “Aaron, my brother! I knew that this House was to be sanctified through the beloved ones of the Omnipresent, but I thought it would be either through me or through you. Now I see that they [Nadav and Avihu] were greater than I or you!” (Vayikra Rabbah 12:2)

What Moses is saying is that he knew a death was going to happen. That the greatest among them was going to die. He just thought that meant it was going to be him or Aaron.

Nadav and Avihu made a mistake. Unfortunately, their mistake was high stakes and they had to pay the price. But that doesn’t mean they weren’t exceptional individuals and potentially great leaders of the Jewish people. But those in position of great power and responsibility, their actions have greater impact than anyone else. And because of that, they are subject to some of the severest penalties.

2 responses to “Shemini – Playing with Fire – By Ben”