First off, let me just say that neither Ben nor I noticed that this blog hit the one-year anniversary mark on April 2, 2016.

It has been a pleasure melding minds and words with Ben, and especially in connecting with so many of you, out in the wide, wide world of the web and in person.

I am attending a Seder on Friday, and was told two things… well, actually three if you include bringing wine.

The first was to wear white… and the second was to write something that I would present to the 40 plus people… something personal and meaningful about Passover. I don’t want to say I am killing two birds with one stone… that just sounds harsh and violent… but essentially that assignment inspired this post, so I guess this is two… two… two for the price of one!

Very often Ben and I come at the same subject matter from different angles… or sometimes even from the same angle. That was the impetus for this blog, which was born from a discussion after a class by the great David Sacks.

In his second to last post, The Matzah/Freedom post, Ben talked about using the Seder and Passover to figuring out “your priorities in life, understanding what you need to do to accomplish those priorities, and ultimately recognizing the things that hold us back.”

This hit a chord with me… 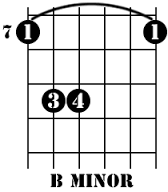 I remember going to see Rabbi Paul Kipnes a few years back, when I was dealing with something rather intense and difficult (Still in the midst of it, actually) and he compared my situation to the Israelites… to the Hebrews in Egypt.

He said that the Jews stayed in Egypt for hundreds and hundreds of years before they ever, even called out to Hashem to help them… because all too often we fear the pain of the unknown, more than the pain we know… We simply accept and hang on to the pain we are used to, because we think what is out there may be worse!

So this Passover will be something different for me… something more potent and powerful… and yes, sorry… I love alliteration!

But NOT to tell him to let our people go… but for us to let him go… let IT go… to let go of our Personal Pharaohs.

Passover is a celebration of freedom… a chance for us to break the bonds of slavery… to escape from our chains and the things that hold us back… to cry out for help if we need it… and to walk into the unknown, knowing that Hashem is with us all the way. That’s what our ancestors did, as they were led into the desert by Moses and Hashem.

And this requires one other thing… Being active… taking those steps.

One of my fondest memories as a kid was the famed Maxwell House Haggadah. Yes, in my house we kind of rushed through the service, but still…

Like most Seders, we each took turns reading a passage… usually going around the table in order…

One was the “Leader”… obviously the youngest read or sang the Four Questions… and the rest were designated as “Participant.”

I never gave that designation or word much thought, to be honest… Participant…
But it is hitting me hard today as I write this!

In order to accomplish anything… to do anything… to fulfill a dream or fight for freedom… To be in a successful relationship… to love and marry and raise children… We have to participate… actively participate.

So at this Seder… at this time… let us study and read… let us ask questions and give answers… let us, as my friend Rabbi Shlomo Seidenfeld says.. transmit both the story and the lessons.

If we believe and have faith… and just walk… even one step at a time… We will find ourselves on the right path… which is the path to freedom and joy and bliss. 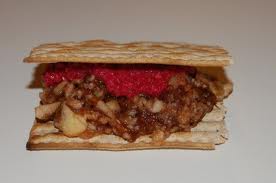 Eat the gefilte fish and Hillel sandwich. Dip the bitter herbs. And be a participant… And purge and plunge your Personal Pharaoh into the past… into the sea.