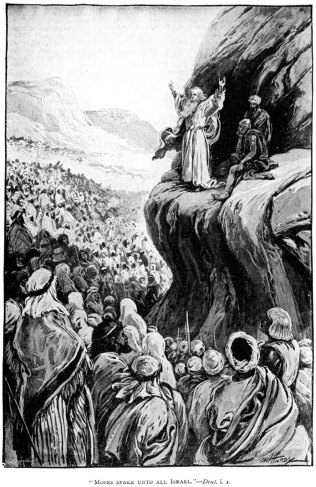 With this week’s parsha, we begin reading the final book of the Torah, Devarim (aka Deuteronomy). This book is different from the other books in that it’s virtually one long speech Moses gives to the Jewish people just before he dies.  It’s written in a different style and much of it is review of moments and mitzvahs from earlier in the Torah. And much like Jacob’s deathbed speech at the end of Bereishis, there’s plenty of reproach and criticizing for the people listening. But there’s one particular event that Moses brings up that doesn’t really sound like criticism. But it most certainly is.

A System of Judges

And I said to you at that time, saying, ‘I cannot carry you alone…. How can I bear your trouble, your burden, and your strife all by myself? Prepare for yourselves wise and understanding men, known among your tribes, and I will make them heads over you. And you answered me and said, ‘The thing you have spoken is good for us to do.’ (Devarim 1:9-14)

Moses is referring to an instance way back in Shemos, in parshas Yisro (the same parsha that God gives the 10 Commandments). Yisro, Moses’ father in law sees how much time Moses is spending answering every little question from each and every person. He pulls Moses aside and basically says, “Moses, what do you think you’re doing? You’re going to tire yourself out. Get some assistants, set up a few intermediaries. Do you think you have to answer every question?” And at face value Yisro definitely has a point. Should the US Supreme Court be adjudicating parking tickets? So Moses asks the people what they want and they chose this new system. Moses then sets up a hierarchy of judges, a low level, a medium level, a high level.  It seems like a good idea.

But if it isn’t a form of rebuke, why is Moses bringing it up now in Devarim? Rashi expounds on the verse, “And you answered me and said…” (Dev 1:14)

You decided the matter to your benefit, without considering that you were being disrespectful. You should have responded, “Our teacher Moses! From whom is it more appropriate to learn, from you or from your student? Is it not from you that it is better to learn, for you suffered over [The Torah]?” But I was aware of your thoughts. You were saying to yourselves, “Now many judges will be appointed over us. If [the judge before whom we appear] does not show us favoritism we will bring him a gift and he will favor us.”

Cut off from the Source

Bribing judges with gifts? Being disrespectful? Is Rashi really saying the Jewish people were scoffing at Moses and plotting to rig and persuade their new appointed officials? On the surface? No. But deep down… yes. There’s another question to address here and once we address that, we’ll understand the Jewish people’s mindset.

Let’s say you wanted to start a business. You’ve maxed out all your credit cards, borrowed money from re

latives, even put your house or your car up for collateral on a bank loan. It’s an all or nothing risk you’ve decided to take. But now let’s say every time you have a problem, you’ve got a phone that is a direct line to Mark Cuban or Richard Branson or Warren Buffett (pick which ever one you like). You might have to wait on hold for awhile when you call, but you will get him on the phone answering your question. Not his assistant, not his trainee, not his right hand man, him. Why wouldn’t you want that?

Granted there’s an appeal to not waiting around all day for an answer. We get infuriated waiting 20 minutes for tech support

and customer service. And that’s just for our computers and airplane tickets. But when it comes to matters of importance? Life, love, clarity, family? The Warren Buffett of wisdom we should be eager to wait around all day for. People used to wait in Disneyland sized lines for a blessing from the Lubavitcher Rebbe. And they didn’t have fast pass. What’s going on with the Jewish people here in the Torah?

Do you really wanna hear it?

What Rashi is pointing out is that Moses understood that people don’t always want the honest cold hard truth. Obviously, we all want what’s best. But we don’t always feel like doing what is necessary to make that happen. We all know deep down that waking up early, not wasting time on Facebook, exercising, eating right, these are all good things for us. But we lack clarity on what exactly is the right way to eat, or what’s the most effective way to work out. So we use that doubt as an excuse to not work to our full potential. I mean how many times do we put off going to the doctor or the dentist because we know that once they tell us we have to do X, then we’re stuck doing it? 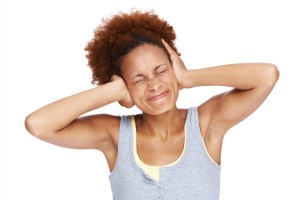 So to have an advisor who might tell you something you don’t want to hear, but because they’re just a low level authority, it gives you wiggle room to doubt them. Or perhaps you want to pick and choose the judge who you think will give you the answer you want.  Or someone you can influence… That’s what Moses was chastising the Jewish people for. They had a direct line to the source. And they traded it for easier answers.

That’s great for understanding the Jewish people thousands of years ago, but what can we understand about this in the here and now? If you look around, you’ll realize that there are sources of wisdom and guidance that are available now, but may not be much longer. This may be a parent, a teacher, a mentor, or a boss. People who have gone through what you’re going through, that you trust and that know you. And for whatever reason, you’ve hesitated to ask them for help or advice. If there’s anything to take away from Moses’ final speech, it’s that those people aren’t going to be around forever. If you can put aside whatever personal reasons you have for not seeking that wisdom, please consider doing so. Sooner rather than later.