One of the fundamental tenants of Judaism is the belief that God is all-powerful and all-knowing. That God knows not only everything possible there is to know about this current moment, but that He knows everything that has ever transpired and everything that will transpire. But then there’s the other fundamental Jewish idea, that you have בְּחִירָה (b’chira) free will. And in fact, the only thing you really have at all, is your free will.

So that leads to the question, if God knows what you’re going to do before you do it, how could your free will possibly exist? It’s one of the greatest paradoxes in all of religion. But as I’ve said before, if you look at contradictions as an opportunity rather than a reason to disregard, you can find some incredible wisdom into the nature of the two conflicting ideas.

What is free will?

When we say free will, what exactly are we talking about? Is it the choice between vanilla and chocolate ice cream? Is it our ability to love who we want to love opposed to the old saying, “You can’t help who you fall in love with”? Or is Judaism talking about something deeper? According to Rabbi Denbo (this is straight out of his book 7 Traits) we have 5 levels of b’chira. 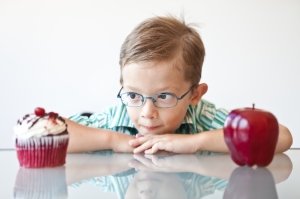 So now that we’re clear on what free will is the question still remains, does God know what you’re going to do before you do it? If that’s the case, does that mean you’re bound to make that choice and thus, don’t really have free will? To understand that we have to understand what God’s relation to the world and time is.

If you delve into classic Jewish writings that discuss God’s nature, you’re bound to come away with more questions that you started with. The Ramchal’s Derech Hashem (The Way of God), Rambam’s Mishneh Torah, or Rav Chayyim Volozhin’s Nefesh Ha-Chayim (The Soul of Life) all give complex and profound insights into Hashem and how He interacts with the world. However the concepts aren’t really apt for a bullet pointed blog post.

But the concept you will come away with is that God is infinite, has no parts, is unchanging, and exists outside the physical world. (Yet, he’s still everywhere and part of everything. That contradiction is for another blog post). For most of human existence, we’ve regarded time as a human construct. Just a concept used to measure something intangible. But physics over the last century has proven otherwise. We now know gravity bends space/time, that astronauts age more slowly in space, and time pretty much comes to a complete standstill as it approaches a black hole. So if God’s outside of everything physical, and time is a physical reality, that means He’s outside time. 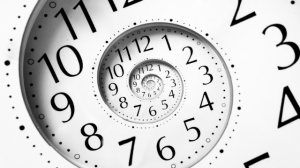 To exist outside time is a tricky thing to conceptualize. And how does that effect someone’s free will? So Rabbi Denbo likes to use the following scenario.

Let’s pretend you are able to travel back in time to Ford’s Theatre on April 14, 1865. You see John Wilkes Booth entering the President’s boxed seats. Now you know exactly what Booth is about to do. But your knowledge of the future doesn’t change the fact that he still made the choice to assassinate President Lincoln. You’ve not taken away his free will.

The same is true for God’s knowledge of your future and choices. My own interpretation is that God experiences all of time at once. That when He views the world, it’s not an unfolding sequence of events, but rather the beginning and ending of all of history is all a single instant. That knowledge doesn’t limit your ability or codify your choices, but rather your choices inform that knowledge.

Granted this is all metaphor. It’s a leap to even try to conceptualize how God experiences anything. But the point is, you will always have a choice between what you know is good for you and what you feel like doing. What you feel like doing may be a strong pull, sometimes almost overwhelmingly so. But the choice is always there. Even if God knew yesterday what you were going to choose today.