There’s a song by the great Sara Bareilles, “Hold My Heart”.

That song was playing in my head this morning.  Its one of her lesser known hits but it always grabs me.

This song clearly is about a break up.  But I have been thinking about the words “hold my heart” in the every day.  It is a cool concept to think that another person could actually be there for you so much that you feel like you’re not just being listened to but actually held in the heart.  There have been just a few moments in my life when I actually felt like someone held my heart.  Two of them happened in a sukkah this past week. 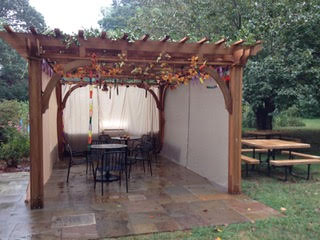 A friend of mine was having her Hebrew birthday gathering in a sukkah on the first day of Sukkot. I gladly attended to celebrate her.  What’s so cool about living in a community and celebrating the holidays is that you have no choice but to share friends with others.  This can lead to great moments of making new friends or getting closer with those you might have never given a second thought to and it can also lead to running into people that you can’t avoid.  The latter hardly happens to me because generally I find that I can enjoy moments with just about anybody.  But once in a while I’ll have such an argument or bad date with someone I run into that yes I would like to avoid them.  However, in the spirit of what my grandmother Batsheva bat Yisruel (a’h’S”)  always taught me,  I try to fight against that avoidance feeling and find one thing I can talk about with the person, ask them about, or offer a kind word.

When I arrived at the birthday party I ran into someone I had exchanged some choice words with last year.  Although we had ended our argument on fairly good terms I could tell that our relationship was still very severed.  When I sat down next to her in the sukkah I had a feeling that we would repair it in a real way.  Two hours later we were crying together, hugging, and admitting where we both had gone wrong in our communication the year prior.  We both were saying how the sukkah was like a hug that we both really needed to repair our friendship.  I had no idea that she would be there that day.  I was worried when I saw her face that it would lead to a very uncomfortable experience. 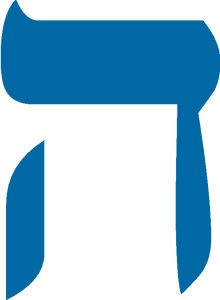 Being in the sukkah can be a little uncomfortable at first.  Usually the chairs and tables are not of the highest quality and in terms of size its super cramped.  But after a few minutes you can feel like there is plenty of room for more people.  Why?  Perhaps its because the sukkah is in the shape of the hebrew letter hay.

The letter Hay symbolizes shorthand for the word “Hashem” or “the name” meaning, one of G-d’s many names in the Torah.  Even though we believe we are surrounded by G-d all the time, perhaps the Sukkah is highlighting the supernatural surrounding of G-d during this special time of the year.  Our sages say that during this time of year G-d is even closer to us.  I could feel it in the sukkah that evening.

On the second day of Sukkot I had another kind of meeting with a friend, three friends in fact.  I sat in the sukkah with three friends I love like family.  They are three people I’ve known since the beginning of my journey into Jewish learning over 15 years ago.  They’ll each individually hold a special place in my heart.  I kept asking one of them, “Which path do I choose in my next job? I’m having trouble deciding which venture to pursue.  I have a few opportunities and its making me crazy because I don’t know which one is right!”

He looked at me and said, “Stop making yourself crazy over a business decision.  Choose yourself.  Choose to love yourself. For so many years I’ve been hearing you worry and complain about this or that job or career path. You’re talented. You help so many people with those gifts.  But when are you going to stop trying to get love and fame by achieving in business and in helping others and focus that attention on just loving yourself?”

Woah.  I never would’ve thought of that.  I wasn’t running anywhere that day anyway as it was Chag but still I figuratively had no where to run.  I was sitting in this cramped little space with these three friends who cared so deeply for me.  Then the waterworks came.  “I’ve never realized how important its been to me to prove myself in work.  I always feel like I have to achieve more and more financially but the real achievement I have to be ok with is my essence and who I am right now.”  I felt so vulnerable.  I know I’ve had similar conversations with these three people over the 15 plus years that I’ve known them all but somehow in the evening light of that sukkah through the schach (bamboo roof) a new connection was made.  I was connecting and caring for myself in front of them.

I felt my heart open just a little bit more. I wept like a baby.  I was embarrassed but felt like my heart was being held.  I didn’t want them to let go ( or as the song goes, “let go let go too soon”).  I felt guilty about it.  That moment was just about me discovering my own insecurity and because I was with others it wasn’t as painful.  Its so nice when you can be that intimate with others whom you can trust so much.   And then I remembered the line in Shir ha Shirim about the sukkah:

I felt like G-d was holding my heart through my three friends in the sukkah as I cried and moved to another level of personal growth.  Its easier to get to know yourself sometimes when other people are holding your hand along the way.

There are some moments which come up which you can 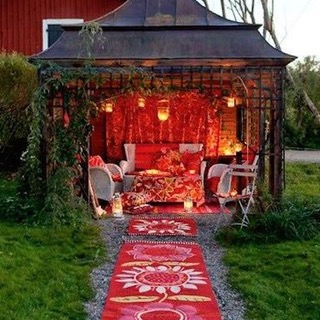 ‘t plan for.  So
many of these magical moments have happened for me when its a Shabbat or a Holiday when I didn’t plan every moment of my day and who I would be spending time with.  We need more of these moments built into our society.  Are we over-scheduling ourselves too much and not leaving time for G-d to trickle in and hug us? Sukkot is a time where you can see and feel those hugs perhaps more clearly but those moments are there every single day.  May we all feel the Divine hugs of love with G-d and the people who are put in our path over sukkoth and every single day.