“There are 70 faces to the Torah”
-Midrash

As the Midrash is pointing out, there’s no one way to read the Torah. There’s gematria, Aggadata, the four levels of understanding, Rashi’s commentary, Onkelos’ translation, literally an infinite number of profound inerpretations of the Holy Book. Just this week I was learning about Jacob and the rock (if you’re not familiar, don’t worry, I’ll explain it in a second). Now I had had my own fine and illuminating understanding already. So when I got to the class, I was like meh, I know this. But then I ended up getting several brilliant interpretations. So here are are few.

Quick Summary
So Jacob has to leave his home after stealing the blessing from his brother. On his way out, he makes a stop for the night in what will become Jerusalem.

…he took from the stones of the place and he placed them around his head and he lay down… (Bereishis 28:11)

Now he’s about to have the famous Jacob’s ladder dream, then God’s going to bless him. But when Jacob wakes up…

Jacob arose early in the morning and he took the stone that he placed around his head and set it as a monument.  (Bereishis 28:18)

So because the stones are referred to in the plural before he goes to bed but in the singular when he wakes up, there is a rabbinical understanding that a miracle took place. That there were many rocks and they merged into one. But why they merged and what the meaning behind it is… that’s where we get some differences of opinion. 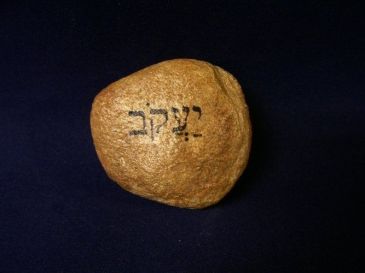 The Artscroll gives the understanding that there were 12 rocks which represent the 12 tribes of Israel. Jacob will have 12 sons and from those sons will grow 12 distinct tribes of the nation. Under him, they will unite and become one. Interesting that Jacob’s other name, Israel, will become the name for the modern homeland of the Jews. So maybe the one cause that will for sure unite all Jews everywhere is to take part in Israel?

Raise the Roof… and the World

Another interpretation is that all the rocks were arguing over which one would get to support Jacob’s head, so they all merged into one. Kinda perplexing and silly, but it illustrates an important way Judaism looks at the nature of the world.

There are 3 levels of doing a mitzvah. 1) You do it because God told you to. 2) You realize that mitzvahs connect you to God and is the way to build a relationship with Him.  3) You realize that EVERYTHING is a way to connect with Hashem and that the mitzvahs are just the opportunity. It’s only when you are at this third level are you able to truly appreciate that everything on this planet has a divine purpose. Using something for its divine purpose elevates it and everything around it. When you are on that level, nature is begging for you to use it for a mitzvah (Kabbalisitically speaking of course).

The Many Sides to One Problem

Rabbi Mordechai Gifter says the stones symbolize our stumbling blocks (aka our vices). Meaning that an individual struggles with many different not-so-great inclinations. But it’s all really linked to just one problem. And that when a person understands what the problem is and is able to channel that problem into positivity, it can become holy. In fact, the Talmud says that if a man has an affinity for violence, he should become a butcher.

Rabbi Taub has a similar interpretation but from a different perspective. He asks a question, “If a thief has no one to sell to, would the crime still happen?” Obviously, there would be a decrease in theft, but it would really just be a band aid for a bigger problem. Because there is a hole that exists, a need that’s not being met and theft is just a symptom of it. It was only after talking to Hashem, that Jacob was able to continue on his mission. So for us to really be able to identify the hole in our lives and honestly deal with it, we need to acknowledge a higher power. 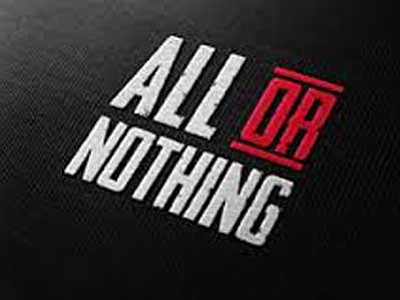 The many understandings are so interesting, but one might be troubled by the lack of consistency. Some interpretations say there were 3 rocks, not 12. Wouldn’t one account make the other wrong? How many rocks were ACTUALLY there?  And the honest Jewish answer is that both are true.

At Sinai we say everyone heard God speak the whole Torah. A Midrash says in particular that God’s voice split into 600,000 sounds. The implication is that everyone heard God speak in their own way. That they heard all the mitzvahs and all the stories but they heard them in meaningful ways particular to that person. Why? Because Judaism isn’t a prescription. It isn’t a list to be handed to you to simply check things off of. It was meant to be transmitted orally, through an interpersonal relationship. A rabbi/rebitzin who knows you, grew up with you, was involved in your life, gave you Torah. They showed you how to apply it by tailoring it your needs as an individual.

Judaism is as varied as the people who live it. That doesn’t mean there aren’t firmly fixed foundations. And that doesn’t mean you won’t have to wrestle with it (more on this next week). But it’s more individualized and specific than any of us may realize. Our job is to be open to hearing Torah from new perspectives (still from kosher sources). Because there may be an incredible explanation to something you thought you already knew. And to do otherwise would be to limit infinity.