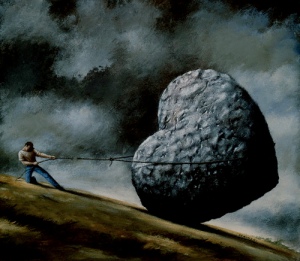 In this week’s parsha (Va’eira) there is the big showdown between Moses and Pharaoh. God sends Moses to plead with Pharaoh for the Jewish people’s freedom and every time Pharaoh says no. So God sends the plagues. But there’s an interesting language when Pharaoh refuses Moses. It says Pharaoh’s heart is hardened.

The first time we see Pharaoh do this is the famous scene where Moses turns Aaron’s staff into a serpent. At first Pharaoh laughs off the miracle as his own magicians are able to do the same thing. But when Aaron’s snake turns back into 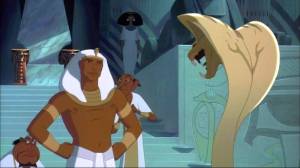 a staff then eats the other snakes (that’s not a typo, as a wooden staff it eats the other snakes) that’s when Pharaoh is jolted. There it says hazak, that Pharaoh has to strengthen his heart. (Shemos 7:13) Then in the next line, God tells Moses, “Pharoah’s heart is heavy (kaved).” In that moment, seeing Moses’ miracle, Pharaoh was moved and in order to not change course, he had to make a decision to reject (strengthen) those feelings and remain unmoved (heavy).

This same process will continue with the first plague when the whole Nile turns to blood. The sight will be so incredible that it will once again jolt Pharaoh and he will have to make the decision again to reject the miracle. Hazak (Shemos 7:22). Then the plague of frogs overwhelm Egypt and Pharaoh allows himself to be moved, giving in. “Pray to God and let Him remove the frogs from me and my people and I will send the people to sacrifice to God.” (Shemos 8:2) But as soon as the frogs are gone, “Pharaoh saw that there was respite, he hardened (kaved) his heart and did not listen to them.” (Shemos 8:11) Here the quality of Pharaoh making his heart heavy is a more passive action. Pharaoh is starting to become numb. From here on out, most of the reactions Pharaoh will have will be with a heavy (kaved), unmovable heart. 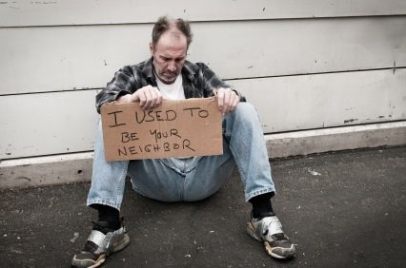 We go about our lives often in the very same way. On a daily basis we see things that should bother us.  A homeless person with their cardboard sign, a call from some organization we once cared enough to donate to but now has become an annoyance, and sadly the news reports of terror and gun violence. We’ve become accustomed to these occurrences and so our hearts have become heavy and lost the ability to be moved. But when something big hits us, maybe someone we personally know is a victim or we feel threatened by the loss of what we believe was an inalienable right or safety, to not be moved to act on those things requires a strengthening of the heart. A denial of the cause, throwing yourself into other distractions, etc. It’s this strengthening that’s the bigger problem, because it’s an active choice.

Point of No Return

At a certain point it says, “God caused Pharaoh’s heart to strengthen.”(Shemos 9:12)  The notion that God caused Pharaoh’s actions would seem that God has taken away Pharaoh’s free will. And that’s a troubling notion. Because the whole point of our existence is that no matter what, we are always supposed to have choice. Everything is supposed to be a test for us to either come closer to God or go away from God. How can God do this? There are two opinons.

Let’s say you’re doing your taxes and you’re trying to decided whether to fudge your returns just a little bit. All of a sudden you get a call from your friend who works at the IRS and he says, “Hey (your name here), just so you know, you’re on an audit list for this coming year. Be careful.” After such a warning, you’re probably not going to take the risk anymore. You still have the free will to cheat on your taxes, but you’re not going to. When it comes to this world, if we could clearly see God and all His wonders, we wouldn’t be making our moral decisions with true free will. Well with all the plagues ravaging Egypt, that’s exactly what’s happening. Pharaoh can’t possibly have free will because of the revelation of God in front of him. So God has to harden his heart to level the free will playing field.

Another explanation (and in my opinion a more relevant one) is about the path that our desires, when left unchecked, will take us. If we allow ourselves to go down that path so far, there comes a point where nothing will stop us until we’ve hit rock bottom. Technically we still have our free will, but it’s as if we didn’t. According to Rambam, a person can sin so much that their ability to do teshuvah is withheld (Mishneh Torah Ch 6:3). Pharaoh has had several chances to turn and do what was right. But he had gone so far, it’s like the guy at the casino who has lost so much money he should cut his losses and walk away, but instead decides to go for broke.

Regardless of which interpretation you prefer, the take away is that it is essential to be sensitive and listen to your better judgment before you find yourself in an overwhelming situation. How do you do this? Later in the book of Devarim (Deuteronomy) Moses will instruct the Jewish people to “Circumcise your heart and remain stubborn no more.” You can make a decision to resist the urge to be callous. Even if you’re not able to act, you can take down the blinders, acknowledge what exists around you, and try to be sensitive. Otherwise you may find yourself with disastrous consequences staring you in the face and not being able to see them.