Evangelical minister Joel Osteen made me understand why becoming a more spiritual Orthodox Jew was important in my life. 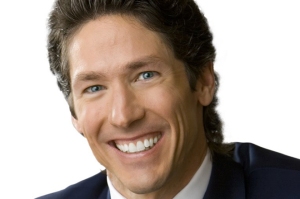 Growing up in California to parents of the Orthodox Jewish faith I was sent to Orthodox day schools since kindergarten. The early years were pleasant because the school was located in my neighborhood, but I later transferred to another day school nearly forty minutes away. It was around the time of my Bar Mitzvah that I started feeling wholly disconnected to my faith. And it was not because of the secular culture that surrounded me; it was the Rabbis who made me feel – and many others – unwanted or even a pariah because I questioned certain basic tenets of my faith. But doesn’t every teenage boy have questions about faith and life that need to be addressed? I believe it is crucial.

In high school I wasn’t very observant compared to my peers. I had a promiscuous girlfriend, drank alcohol, partied and spent most of my time playing basketball. Our days were long- a dual curriculum of secular and religious studies that lasted from 7:30am to 5pm. My school was filled with Rabbis whom I didn’t want to hear tell me constantly about what rules I was breaking. On Friday nights and Saturday mornings I went to synagogue with my dad, but I felt as if my faith was being compromised. I was part of a cohort that was rebelling in the Orthodox Jewish world, and no one in the school cared. One Rabbi even told my parents at a school meeting that if I wasn’t going to make an effort why should he? But isn’t that the job of the Rabbis? How ironic that the word “Rabbi” means “teacher”.

After I graduated high school (luckily), my parents shipped me off to a one-year religious seminary in Israel called yeshiva. I studied (or was supposed to) religious texts and the culture and traditions of the Jewish faith. I tried putting on an act of being more religious, but I really hadn’t found anything I was looking for, I was just trying to appease my parents and show them that I wasn’t such a screw-up.

I came home from Israel and attended University where I had many relationships with shiksas – non-Jewish women –and started to lose my religion completely. I voraciously consumed everything from cheeseburgers to shrimp, and did so on even some of the holiest days of the Jewish calendar. I was on the brink of religious disaster. It came to the point where I either needed to make religion a part of my life or throw the whole thing to the curb once and for all. I had a serious heart-to-heart with myself and tried to envision what my future was going to hold- what kind of wife, kids and family dynamic I would have. What types of morals and values would I teach my children, living in such a crazy world where our biggest celebrities are the very people who have no Neshama (soul) and live a hedonistic life. A life that is very alluring.

Then an evangelical came into my life; his name was Joel Osteen. The minister began to change my life and put me on a path to become a better and more religious Jew. Yes, you read that correctly, the evangelical minister you see on TV strengthened my identity as an Orthodox Jew at the age of 24. How?

It’s all part of a story that changed my life. I was home one afternoon playing hooky from work when I happened to tune into a sermon from Mr. Osteen. I had listened to him before but never paid much attention because he was a Christian televangelist for godsakes! But, on that day, he made me feel good about me. He made me feel good about G-d and most importantly he made me feel good about my one-on-one relationship with the Almighty. It seemed like he was the first figurative religious person in my life that actually cared about me and my path with G-d- and he didn’t even know me. I thought to myself, how could the Senior Pastor of the Lakewood Church in Houston, Texas, empathize with my experiences and struggles with my own religious identity? He seemed to relate to most of my problems and made me feel okay that I had fallen a bit off the “derech,” or religious path.

Now, I’ve been tuning in to Mr. Osteen for more than three years now and he has since taught me how to be a better person, treat my parents with more respect, and welcome G-d’s blessings and be more positive; this is someone who I would very much love to hear my story. What once were the most troublesome aspects of Judaism for me– the people, the whole concept of organized religion, and the seemingly wayward values of the upper-class privileged Jew, somehow became less of a concern to me.

What now preoccupied me was the Jewish community as a whole and my place therein, and most importantly, my relationship vis-à-vis the Almighty. Joel Osteen gave me the clear mind to approach Judaism slowly at my own pace. He taught me that it does not matter what others are doing and that one isn’t a “bad Jew” if he doesn’t obey all the mitzvoth (613 commandments). Instead, you do what you are comfortable with and keep growing, every day.

After all those years of the Rabbis’ long-winded and guilt-inducing sermons it finally dawned on me- many Rabbis didn’t care. Now, I’m sure most people will have their choice Rabbi who they will always defend, but, let me rephrase this: the majority of the Rabbis just don’t care. They only divided their attention to those who wanted to become religious; they didn’t inject any effort or faith into the impressionable children who actually needed it. Had I been paid more attention to by the Rabbis and directed towards the path of the Torah and Mitzvoth, perhaps I could have been a great scholar, helping more Jews see the light of the great Torah, but instead Joel Osteen was the improbable figure who led me to become more spiritual as an Orthodox Jew.

I want to shed some light on how big of a problem this is. A few years ago, on the eve of Yom Kippur – the holiest day of the Jewish year – I sent an email to a few of the most respected Rabbis who run some of the biggest synagogues in Southern California explaining my issues with shul, religion and the community. It was a thoughtful, well-written letter that I almost expected to become a part of each Rabbi’s speech on Yom Kippur to jolt the community (who at that point were probably dozing off from hours of ascetic prayer) to be better individuals, involve more people in the community, and be more open and warm to Jews whom we did not know in the area.

I received exactly one response from a community leader which tersely stated: “I’m sorry you feel that way”. Sorry I feel that way? You are losing hundreds of young Orthodox Jewish kids – who are already in the fold – because you don’t care about them. I see it, I’m in the trenches. These Rabbis are missing the point. These Rabbis need to be more like Joel.

Joel taught me that it doesn’t matter how the other so-called “religious” people act. The way one acts towards other people, his parents, one’s self and most importantly one’s relationship with G-d is of utmost value. The Jewish Orthodox day school system as a whole has failed me just like it has many of my peers. The only difference of course, is that most of the others are not as lucky as I am, having Joel as a spiritual guide. Most of them will never keep another Shabbat, eat kosher for more than one day or even have Jewish spouses and Jewish children.

It’s time for a change; it’s time for more Rabbis who actually care about our kids. They need not be so concerned with producing the next Talmud scholar, otherwise the growing problem in America- assimilation- will ultimately lend itself to Orthodox Judaism. As of today, 60 percent of secular Jews are wholly assimilated. Joel Osteen always quotes from the Old Testament, and relays his stories in a positive, loving fashion. When will we as Orthodox Jews learn the importance of including everyone in the love of our faith, especially those who don’t plan on becoming Talmudic scholars like me?

I believe that if we can find a role model or Rabbi like Joel on every campus who embraces young Jews with open arms, with no questions, we will still be able to continue our faith, culture and tradition. Otherwise, if we continue to turn away the very kids who may just need a smile and an invitation to a Shabbat dinner, we may become extinct once and for all.