As we observed Yom Hashoah this past week, we had a special opportunity to look back at what we have lost, who we have lost, and how we as the Jewish nation have grown despite such tragedy. As we reflect on our national trauma, it is also essential that we remember the heroes who, through courage and sacrifice, helped us during our darkest time. Such a shining example of courage is told in the recent film, The Zookeeper’s Wife.

Based on the novel of the same name by Diane Ackerman, The Zookeeper’s Wife tells the story of the efforts of Jan and Antonina Zabiniski to save over 300 Jews in Warsaw in the 1930s. The Zabiniski’s ran the Warsaw Zoo before the start of World War II. Once the Nazis invade, Jan and Antonina lose much of the Zoo to bombings. As they learn of the horrors of the Warsaw ghetto, they see the opportunity to hide their close friend Magda in the zoo.

From this act, Jan and Antonina resolve they must do more. They propose to the occupying Nazis that they turn the remains of the zoo into a pig farm to provide food for the soldiers. To do so they will get feed for the animals from the compost in the ghetto. It is during these ventures into the ghetto that Jan is able to sneak dozens of Jews back to the farm. There Antonina shelters and cares for them. Subsequently the refugees are able to obtain forged documents and escape to freedom.

There are dozens of Holocaust films that tell of similar acts of heroism. What sets The Zookeeper’s Wife apart?

We’ve all experienced trauma in our lives, some more than others. Whether it is the loss of a loved one, a bad car accident, or a terrible divorce, the trauma overwhelms us. Like a black hole, the effect warps everything in our life. Desperate to escape the pain, we wish it would simply go away so we can go back to the way our lives used to be. However, the truth about trauma is that you don’t get to go back to the way things were. Trauma isn’t a backpack of cinder blocks you can to take off after some imaginary clock counts to zero. It’s a dark tunnel you have to trek through until you come out the other side. In order to work through the trauma, you have to grow and change. The ‘you’ you were when you were hit by the trauma is gone. When you come out the other side, you’re a different person. We see this theme throughout the film.

When Jan Zabiniski makes his first attempt to save the Jews in the Warsaw Ghetto, he sees a young girl being harassed by two Nazi soldiers. Powerless, he watches as they take 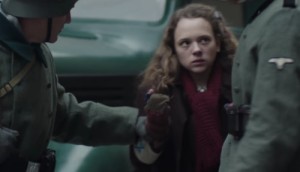 her behind a building. He’s left to imagine the unspeakable act she suffers. Once he has hidden his first group of refugees, he turns to see the girl, stumbling out from behind the building, blood painting her inner thighs and a vacant daze on her face. With the back of his truck full, he hides her in front, beneath the passenger dashboard covered only by a coat. It is risky and Jan is putting his life, the life of his son, and life of everyone hiding in the truck in danger. But he knows he cannot leave this girl in the hell of the ghetto one second longer.

The Road to Recovery

It is when this girl, Urszula, is brought into Antonina’s care that we see the impact that chessed and compassion can make. At first Urszula, overwhelmed by her assault, is silent, withdrawn, and unreachable. As Antonina continues to reach out, despite her own pain (or perhaps because of it), we see her 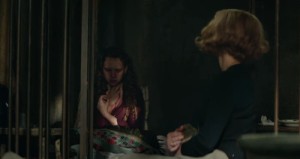 efforts slowly have an effect. Urszula starts to respond. Next she begins to speak again. Eventually, on a quiet night in Nissan, the refugees and the Zabinskis  hold a Passover Seder and Urszula sings Mah Nishtana. The moment is both beautiful and tragic as the scene is juxtaposed with the burning of the Warsaw Ghetto.

Urszula has made tremendous progress, but she isn’t an innocent girl anymore. She’s harder now, stronger, but with a hint of a chilling edge, demonstrating how surviving trauma irrevocably changes us.

Warsaw, the Zabinskis, the Jews of Europe, and many others suffered through tremendous trauma. We as a nation are still wrestling with elements of that trauma. Whenever someone foolishly, ignorantly, and hatefully compares our actions in our homeland to the actions of the Nazis, it stings us in the recesses of our memories where our lost loved ones still live. Despite our pain, we as the Jewish people have reached a new chapter in our history. A strong and vibrant homeland of Israel.

How did we push through that trauma? How did we survive where so many other nations have died or disappeared into assimilation? Where others have held onto their trauma, cradling it as a banner of identity, we have pushed through to rebuild with what had. We have fought tirelessly for security and stability. Perhaps our most profound trait is our compassion and dedication to humanity. Israel continues to be the first responder to many tragedies such as Haiti, Uganda, and Rwanda.

Ultimately it boils down to how strongly you hold to your values. The real test of those values is when it is emotionally difficult to follow through. It’s when you’ve gone through hell that everyone is willing look the other way. But when you decide that your values are who you are under all circumstances, that’s when those traits become a permanent fixture of your character. The Zookeeper’s Wife demonstrates this. The Jewish people have demonstrated this. And though I wish no one reading this article will ever have their values tested with such tragedy, I would hope that we all can have such clarity and conviction. Doing so honors those that were lost in the Shoah. 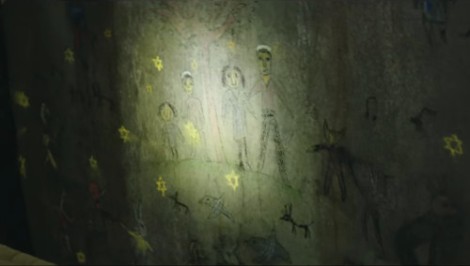 This article was originally published on Aish.com.