When it comes to numbers, there are no coincidences in Judaism.

As Ben wrote about last week, and as I explored in my “Pre-Passover” meet up with some friends, the number 15 has great significance, especially for the Seder.

We also learn that freedom is only a blessing if you use it to elevate yourself and others in the world. (thanks to Shlomo Seidenfeld for that insight.)

There are also 15 morning blessings, and as Ben said: “the way to write 15 in Hebrew are the letters י and ה spell an important name of God. This name of God is what is credited as the aspect of God responsible for creation. The ה represents the breath God took when he made this world (olam hazeh) and the י represents the spiritual world to come (olam habah). So there is clearly a connection between 15 and bridging the physical with the spiritual.” 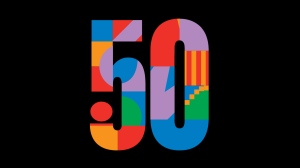 Then, on the second night of Pesach, we begin to literally count. While we count the Omer for 49 nights, it is 50 that is the significant number here. 5o is transcendence. When we go from 49-50, it is like that amazing Spinal Tap leap on the amps that go to 11. It just takes it and us to a whole other level… a holy level. Just when you think we could not get any higher, we jump to a supernatural plane.

We left the bonds and chains of slavery in Egypt and became a free people in 49 days, but on the 50th day, we received the Torah. On the 50th day we became the Chosen People, because Hashem chose us AND because we chose Hashem. The deal was sealed.

“The historic event of the Exodus is mentioned in the Torah a total of 50 times. And the redemption process which started on the first day of Pesach finally reached its completion stage 50 days later at Sinai. Indeed, God freed the Children of Israel in order that they accept the Torah. The Divine instruction given to Moshe at the burning bush was to lead Israel out of Egypt and bring the nation to serve God at that mountain.” – AISH.com

Every night, for the next 49 nights, we each have an opportunity to participate in something important and fulfilling… to help cleanse our own souls, and that of our people… to elevate and transcend.

“50 represents the full journey toward acceptance of Torah in the 50 days bridging Pesach and Shavuos. The passage through life calls for the Jew to emulate the national passage to Sinai. He must proceed until the natural end – and then go beyond it.” – AISH. com

For me, I will also use these 49 days… the next 7 days x 7 weeks… to try to break the bonds I have to bad and old habits… to cleanse and to elevate myself. We each have our own deserts to wander through… our own impurities and issues to deal with… our very own cleansing… and hopefully, on that 50th day, we all will also have our own elevation… our own Sinai.