Once again we’re at the chilling parsha, Shelach. If you’re not familiar, the Jews are literarily (and figuratively) at the finish line. After coming out of slavery, crossing the sea, and receiving the Torah, they’re at the door step of the Land of Israel.

But instead of crossing the threshold, they decide to send out 12 men to scout out the land (those scouts are known as the meraglim). Upon their return, all but two of the meraglim give a distressing report. The land is bad, it’s populated by unassailable enemies, etc. Hearing the news, the Jews revolt against Moses, Aaron, and God. So Hashem decrees, that’s it, He’s done with the generation. All of them will die in the desert over the next 40 years and only the children (and the 2 meraglim who spoke well about the land) will get to enter Israel. But if that weren’t enough, this day becomes a day of tragedy for the Jewish people for their foreseeable future. (See Tisha B’Av.)

It’s distressing to think that the generation who was closest to Hashem could lose His favor so quickly. But for me, the bigger question is if the people who saw first hand the wonders of God… if they couldn’t walk the walk, so to speak… What chance do we, living today, have? The generations that follow do enter Israel and build the Temple to practice Judaism the way it is prescribed. But even they fell to things like idolatry and baseless hatred of their fellow Jews.

With each following generation the Jewish people lose more and more of that connection. The state of Judaism as it is today, has high intermarriage, an overwhelming majority not invested in studying and keeping the Torah, and there are plenty of problems even in the observant communities. If the role of the Jewish people is to perfect the world and the world seems to be in worse shape then ever, how could the Jews living today possibly have any hope in bringing about that redemption?

The weight of the charge seems  overwhelming. But the comparison of “if they couldn’t do it, how could we,” is an unfair and specious one. To restate the above, the role of the Jewish people is tikkun olam, repairing the world. What does that mean? Bringing the world to a higher morality? Restoring balance to the environment? Eliminating hunger? To all that yes. But ultimately that’s all in service of revealing God’s presence to the world. And once that benchmark is achieved, it’ll be a permanent change, ushering in a new era. How that comes about is the question at hand. And there are a few perspectives that give our generation hope.

The Bigger They Are The Harder They Fall

For a moment the Jews in the desert revolted against God. For that they are condemned to die in the wilderness. You’d think, after all they went through, God would give them a break. But that’s not the way it works in Judaism. The greater a person becomes, the harder their tests become, the greater their inclination to transgress grows, and ultimately the magnitude of harm they can do is at an all time high. So for a generation who saw God speak at Sinai, for them to lose faith so easily, was a lapse in judgement we can only begin to comprehend. It’s not that they knew the Truth and then disregarded it. Being at that level is like walking a tightrope while juggling hot coals. It’s not easy to get there and it’s even harder to keep it going.

But our generation need not be concerned with reaching their level or anyone else’s. We are judged solely based on our circumstances and what we are capable of. 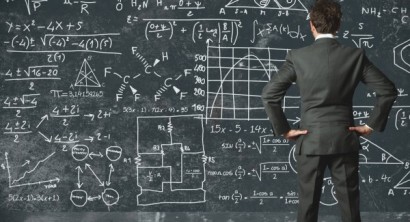 Continuing off that sentiment, because the generation of the desert personally saw God, and then was surrounded by a community that shared that mission, it was easier for them to keep a Torah life. But in a generation where temptation is plastered on sides of buildings, keeping kosher isn’t cheap or convenient, and some of the best events happen on a Friday night, to make the choice and follow through with doing mitzvahs yields greater rewards than someone doing the same mitzvah in a previous generation. The tests of our generation are so much more enticing, so more pervasive, (Facebook is designed to keep us on the site as long as possible endlessly scrolling), it yields huge merit to turn away and accomplished good, enduring, selfless work.

After we lost the 2nd Temple, the Jews were scattered to the four corners of the world. And though none of us really know why Hashem needed that exile to take place, one thing is for sure. When we come back together, the insights and experiences that will have infused the Torah teachings will have vibrant and unique perspectives that otherwise might have caused the tradition to grow stale. Some of the most innovative and revered Jewish figures have been converts or baal teshuvahs, such as Onkolos and Rabbi Akiva.

The perspectives that we can bring, having lived lives that were “outside the box” from an observant stand point, can enrich the Torah and give it an authentic application to life. Making Torah relevant to the world today, not only elevates the lessons but the world the lessons affect. Those dynamic insights may be more instrumental to the mission of Torah than we realize.

Lastly, we don’t know what it will take to usher in the new era of the world’s completion. We may have to lift ourselves up to the higher level. But it also may be like a mile long relay race where each generation has carried the baton a vast majority of the distance. And all that’s left is a couple of yards. For all we know, the next time you give tzedaka or learn a little Torah may be the mitzvah that puts us over the finish line.

The yetzer hara (or evil inclination) will give us reason after reason to give up. And that urge is felt so strongly in the story of Shelach. But we must always remember that victory often comes from places and times we don’t expect, our actions leave impressions we may never know, and the break throughs happen when we think we don’t have anything left. No matter who you are, you can make a profound difference. Even if you think what you want is no longer an option.