When life hands you lemons, make lemonade. Or a lemon tart… or lemon ice… or…

We have all heard that in some way or another. It’s an iconic turn of phrase… a cliché… but oh so true and a great way to look at and live life.

Life is not easy. Just watch the daily news and you may not want to get out of bed in the morning. Natural tragedies, horrible fires in California and Greece, murder and mayhem and the barrage of vicious politics have made people angry, stressed and depressed.

I am both comforted and confused at the idea that Hashem made me as I am for a reason, and that he is fully aware of me. Comforted, because that makes me special and holy. Confused, because on the days where I give in to depression and laziness, I feel so unworthy, useless, of no value… It makes no sense that Hashem would put this in me… or let it dwell within me, of for as long as it does sometimes.

We are taught and told that we are supposed to be joyful at all times. That in itself is a test… a difficult, trying and utterly confusing test. Knowing that Rebbe Nachman, the very definition of joy, wrestled with deep depression gives me hope… but again, also confusion.

There is a great lesson on Chabad.org  that is the basis for a lot of this post, and was initially heard from my friend and mentor, Rabbi Avi Rabin!

My friend, teacher and one of the Rabbis I turn to for guidance, Avi Rabin, spoke of this on Tisha B’Av. As happens often, I needed to hear this lesson precisely when I did… There are no coincidences in life… Just G-d remaining anonymous! (Rabbi Shlomo

It reminded me of being at the Dead Sea, and my friend Rabbi Shlomo Seidenfeld talking about its spirituality and it being the lowest point on earth. For some, that would be a dire situation… being at our low point, but I realized that when you ARE at the lowest point in life, the ascent, the possibilities are infinite… You can ascend as far as the eye can see… So rather than losing hope, let that moment, that realization inspire and aspire us. 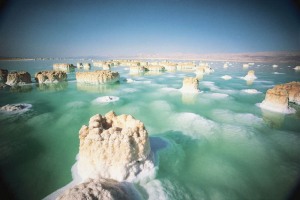 Rabbi Avi spoke of Atzvut, a depression and sadness that is not good, and seemingly comes out of nowhere. If we feel this and have these thoughts pop into our heads, he taught us that we need to push them away. Desperation and deep sadness usually leads to no positive outcome and more negativity towards yourself and others.

And then he spoke of Merirus or bitterness. The difference is that Merirus can move us to action and improvement, if we can master it and gain control over it. While bitterness is not a place in which we want to dwell, Avi says that if we set aside 15 – 20 minutes a day to proactively think about how we can better ourselves and our shortcomings and feel bitterness about them, then we can work to improve and change.

In Second Ladder Up on Chabad.org, Robert Kremnizer writes:

“Merirus is fundamentally a state which evidences life. Even if the plans are unsuccessful the pain has been positive in the sense that it has led to action. On the other hand atzvus leading as it does to less and less activity is akin to death.”

He continues: “It is important to understand that merirus and atzvus are both separate and different reactions to the same set of facts.”

The internal battle involves the yetzer hara, evil inclination. So what then is the solution?  How do we win, or at least conquer it?

“The more a person thinks about himself in this way the more he feels sorry for himself and the deeper the depression becomes until it is almost impossible to shift the focus from the person to the action required.”

When one is thinking healthily (merirus) one is able to schedule times for negative thought. In other words, the negative thoughts are being controlled by us or are at least on our own terms. We are setting aside a few minutes every day to let them out in a healthy way, and then focusing on how to fix the situation we find ourselves in.

According to Kremnizer, we must substitute yeshus (self-awareness and ego) with bittul (“self-nullification”; a commitment to G-d and divine service that transcends self-concern.”)

None of this easy, as anyone who has been depressed will surely tell you… so think of the visual this way… PUSH AND PULL! We need to PUSH AWAY negative thoughts that will try to sink us, and then take action… and PULL OURSELVES UP THE LADDER TO GROW AND ASCEND.

USE the Merirus, the bitterness on your own terms… limit the time you spend on it… don’t dwell on it… but for those 10-15 minutes, let it teach you and inspire you to move past it, beyond it and to a better, more spiritual and fulfilled life. Our lives depend on it!

In other words… take the sour lemons we all will get from time to time… and make the most delicious, life affirming and fulfilling lemonade you can. Like life itself… sip it, savor it, and share it with the world!