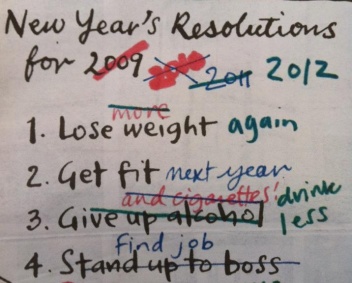 My Rabbi likes to say when writing your New Year’s resolutions, most people can take out last year’s list, cross out the date, and write this year’s instead. U.S. News reports that 80% of all resolutions are dead by February. And I’m sure you’ve all heard the tips to keep those commitments going, chart your progress, get an accoutabil-a-buddy, start small, etc. But while most people make the declaration, “starting tomorrow, January 1st, I’m going to/not going to X,” then proceed to indulge like it’s Mardi Gras, Judaism has built into its very timeline, a much more productive approach. Once I learned how to tap into it, it was a game changer.

I remember one Rosh Hashana from my childhood, on the way to shul my father expressed that he wished we went to synagogue more often. My father has often referred to himself as a “twice a year Jew,” meaning he would only go to services on Rosh Hashana and Yom Kippur. But it would only be later that I’d learn that the days of the high holidays comprise a period where Hashem’s presence is more available, more easily felt, to the world. (A concept the Talmud explains from the Isaiah reference above.) It is a time for coming back and for me this would be the explanation for my father’s uncharacteristic feelings. But I would also come to learn that that spiritual opportunity doesn’t start with Rosh Hashana. It begins a whole month before.

This Friday night won’t only be Shabbos, but also Rosh Chodesh, the start of the month of Elul. The beginning of Elul marks exactly one month before Rosh Hashana, the Jewish new year. Every morning at Shachris prayers the shofar is sounded and it is looked upon as a favorable time after the bleak month that precedes it (Av), where many engagements and marriages are celebrated. But there is one other aspect of Elul that is particularly powerful.

The word Elul (which comes from the word meaning to search out) is also an acronym for the Hebrew phrase Ani L’dodi V’dodi Li or I am for my beloved and my beloved is for me. Elul is regarded as a time where Hashem is not only closer, but wants you to reflect on your life and make corrections and He is with you if you choose to do so. Elul is the ultimate opportunity for self improvement.

Two years ago I put this theory into practice. I decided I’d put away the games, take a break from drinking, eat right, exercise, and more. Never in my life was it so easy to keep away from the bad and stay on track. It was like I had God in the corner as my own personal Mickey Goldmill cheering me on. And by the time I got to Rosh Hashana, it was like I was on fire. You know when you’re finally in your groove? Sleeping well, killing it at work, those jeans finally fit again, and you’re even turning a few heads? Rosh Hashana was like the best version of that for me.

The King is in the Field

I’m not going to lie and say that my resolutions stayed with me forever. Though at the same time it wasn’t my intention to fully give up everything I had parted with during Elul. But I do believe that month left a permanent mark on me. It’s much easier for me to get back into the groove when I really want to and when times of self improvement present themselves (the following Eluls as well as the 49 days of the Omer) it’s not only easier for me to tap into those, but it’s also easier for me to extend how long I do them. This year I started challenging myself with the fast of Tammuz six weeks ago, then kicked it up a notch after Tisha B’av. Slowly but surely, the “on point” times are becoming the norm and the phases where I go off track are getting fewer and farther between.

Whether you want to believe in a spiritual power of Elul or not, I think the notion of practicing your goal for 4 weeks prior to the resolution date is a profound one. Why would anyone expect themselves to adhere to monumental character growth after an arbitrary deadline? You don’t decide to run a marathon just because you feel like you ate too much on Thanksgiving. You spend a great deal of time and effort building up to that milestone.

Also some resolutions may sound good on paper but just aren’t feasible given your lifestyle. Failing at one goal can lead to a domino effect for your other aspirations. Even if it is an appropriate goal, if you fail once, you may not have the drive a New Year’s deadline gives to get back on the horse. But if you dedicate a whole month to trying to get on the right path, evaluating what works and what doesn’t, starting small and gradually taking on more, now you’re playing a different game. Then add on to that the opportunity of the Jewish calendar and God’s uniquely available help? Then you’ve really got something. Elul is that opportunity. Don’t miss it.