Well… I had planned a doing post-Passover post… but then there was Poway. And I am not at all trying to make light with that alliteration. I am devastated and heartbroken, and listening to people recount the incident, especially the remarkable Rabbi Yisroel Goldstein, has had me deeply sobbing and deeply sad and broken.

Six months to the day since Pittsburgh and the Tree Of Life. Another assault rifle… another attack… more hate… more death…

Couple this with the unbelievably and blatantly anti-Semitic cartoon in the New York Times, and you might think we are living in another country at another time. How can this be happening here… and elsewhere in the world, and certainly in more intensity and consistency than I can ever recall… 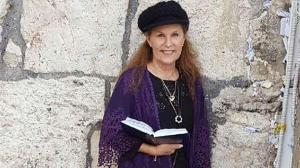 “Thoughts and prayers give needed comfort, but only action will make change!”
– MG

And from a beautiful article on Aish.com by Dr. Yvette Alt Miller:

“On the final days of Passover in April 1942, Rabbi Shapira urged his students to respond to the hatred they faced. “We can learn from the fact that the Red Sea did not split of Israel until the whole tribe of Benjamin had jumped in,” Rabbi Shapira taught; it wasn’t enough to hope and pray, our Jewish forefathers also had to act.” 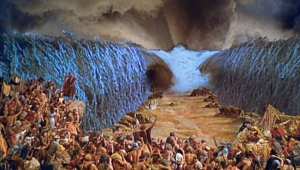 Lori Kaye acted to save her Rabbi. She threw herself in front of him, saving his life. It reminds me of Ari Fuld and what he did as he was mortally wounded. There are heroes amongst us, and sometimes they do not look like the traditional hero. But the similarities are eerie, as both involved teenagers… TEENAGERS. 17 in Ari’s case… 19 in Lori’s. How is it that hate is taught so strongly at such a young age. They have not lived enough, seen enough, know enough to hate… but they do, because THAT is what is taught.

To list the number of Muslim on Muslim killings in the last year would be too much, but let us look at this very short but heartbreaking list. In six months… SIX:

Sadly, we expect this out in the world… but not here… not here.

As it all begins with thoughts, let us start there. Are we proud to be Jewish? Do we love Judaism and our relationship with Hashem? Are we connected to the community and is our soul connected to G-d? This is where our own personal journey and growth starts. Let us put our thoughts in the right place.

Words… Do we pray out loud, speak the words that have been given life from our thoughts? And perhaps just as important, do we speak out against injustice everywhere, for this is also what it means to be a Jew. Tikkun Olam… Light unto the Nations… Speak up and speak out, for silence equals being complicit. Those who did not speak out during the Inquisition, the Pogroms, the Holocaust were complicit. Read Martin Niemöller’s famous poem over and over and over…

Do NOT turn a blind eye and sit in silence. Things will only change when we speak up and out… and then… 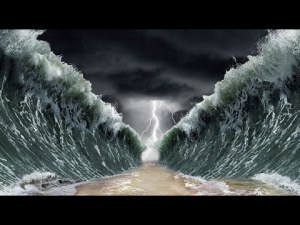 Not to quote myself again, but “Thoughts and prayers give needed comfort, but only action will make change!” Too many of us have given up… said things cannot change… the ship has sailed… They are broken, but resolved. NO!

“Be the change that you wish to see in the world.”
– Mahatma Gandhi

BE… BE!!! Be means to act… to take action… to model for others… to do and show… to lead… to move… Be change to make change!

G-d will part the waters of the Red Sea for us… but only when we as a people, the Jewish people, and all who will join together with us JUMP together into the waters.

Love over hate. Strength over weakness. True words and real actions over silence and broken resolve. Change only happens through action.