I am trying so hard to focus on the spiritual, especially in this blog, but there is so much happening in the world that is worthy of discussion, and so much that is affecting me on a deeply personal level. As Ben reminds me, it is okay to veer off, as long as you bring it back to lessons from and on Judaism. I will do my best. The problem is that anti-Semitism and anti-Israel sentiments are so strong these days, and it IS affecting Judaism and the Jewish people in horrible and dangerous ways. And this is not… or at least MUST NOT BE a “political issue.”

As I said before, Judaism encourages lively and active debate. Just go and sit in a deli or a Yeshiva, and you will hear opinions shouted and screamed from every corner. The difference is that the goal is to find the commonality, understanding and unity. My friend who lives in Tel Aviv tells me that as heated as debates on politics go, at the end of the day, they are all Israelis and they know that, appreciate that and honor that. I wish there was more of that here.

Study & Learn… Then DO!
Judaism makes it clear that the study of Torah is “equal to all” of the mitzvot of honoring one’s parents, performing deeds of loving-kindness, and bringing peace between people.”The Rabbis teach us that learning is part of it… we then need to do it… to perform mitzvahs… and doing even one consistently is a huge step forward.

I am often worried I am not doing enough, but I know I am doing way more than I have ever done before. Let us all remember that we are each on our own path. We must not judge each other, but support and uplift. We must come together, not divide ourselves.

Always Seek The Truth
And within this, and something I have always taken away from Judaism is that we always… ALWAYS SEEK THE TRUTH. The truth is the truth. It has no party, no side of the aisle… the truth is the truth. We have ALL witnessed the mocking of truth in recent years. It is horrible, especially when it comes from within. Again we must come together and not divide ourselves.

Rabbi Shimon ben Gamliel teaches us in the Mishna: “The world rests on three things: justice, truth, and peace.”

The truth is being maligned. And when it is maligned, there cannot be any real peace. And justice? Justice needs to be balanced and not blind. I understand the esoteric meaning of blind justice, and while this means that focus should be solely on seeking truth, blindness, especially these days, is a dangerous thing. Blindness is what is causing so many issues these days. Case in point: My alma mater, Northwestern University just passed an ASG (student government) Resolution supporting Palestinian human rights. Yes, it is a student resolution and will probably not affect official university policy, but it is a sad testimony to the blind ignorance enveloping too many universities and too many people who claim to be “woke.” I have asked for a full copy of the resolution so I can read it myself… but as of this writing, no response, so I am relying on the integrity of this reporting.

Tell It Like It Is
First off, every one of us should be supporting human rights. Of course… But… the issue with so many of these “movements” is they cast blame solely on Israel and do not give any blame or responsibility to Hamas and other terrorist groups. This is insincere, but more importantly, it is dangerous for it is ignoring truth and spinning a very false narrative. Sadly, it is this narrative, devoid of many facts, that has taken hold with many young people. 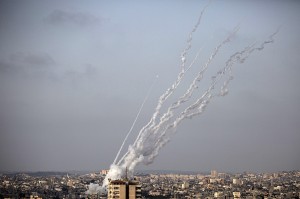 Colleges Becoming Unlearning Institutions
Let us quickly look at some of the most inflammatory language:

“The humanitarian crisis that is going on as a result of the Israeli occupation of the West Bank and blockade of Gaza.”

Is there a blockade of Gaza? There is, in order to help protect Israel from the barrage of rocket, mortar and terrorist attacks… in order to prevent weapons and terrorists coming in from Egypt and elsewhere. And it is Hamas who has full authority there and who diverts aid and medical supplies away from its people. It is wrong to not discuss this and solely blame Israel. Anyone truly interested in helping the civilians in Gaza must also deal with this reality. They do not.

I won’t even get into “occupation,” which is not accurate and a word used solely to incite.

“ASG’s majority support of Palestinian human rights, demands that the University issue a solidarity statement and calls for NU to divest from six companies that have aided Israel’s aggression toward Palestinians. This call for divestment narrowly passed in a 2015 ASG resolution.”

BDS is cancel culture. It seeks to cancel Israel with boycotts, divestment and sanctions. Look, this is now a toxic word and has been both weaponized and politicized by both sides. To cause hurt to Israeli civilians and Israel is the goal here. Period.

We live in a country where people have the freedom of speech. Thank Hashem for that. We should not cancel people for expressing themselves. But we cannot allow lies and misinformation to stand. The truth is the truth and we MUST seek it out.

Apparently, The resolution includes a clause denouncing anti-Semitism, stating, “criticism of Israeli occupation does not equate to anti-Semitism.”

But then it uses phrases like “Zionist settler-colonialism,” which of course is blatantly anti-Semitic and of course, anti-Israel, and anti the only Jewish state (democratic by the way) in the area… implying that a Jewish state does not have the right to exist.

The last statement is probably the most revealing and the most problematic, at least in terms of understanding why so many groups, that seemingly have no connection to Israel, jump on the BDS bandwagon. It is where the PR battle has been won by Hamas and lost by Israel.

“Support from students of color and students from all kinds of marginalized identities — in the end, that’s what really helped this through,” they said. “And I think in the end we know that Palestinian liberation is intertwined with all different kinds of liberation of oppressed peoples.”

Are there groups and people who have been marginalized? Yes. Are there people who are suppressed and discriminated against? Yes. Jews are amongst this group and have been for almost all of history. And yet, the horrible things that have been perpetrated on us are now used against us… 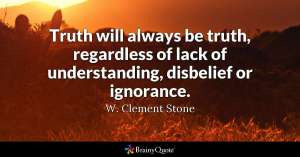 See The Truth Instead Of The Deflection
People who know nothing about the actual history of the region and of Israel take up verbal and sometimes literal arms against us. They use Israel to falsely feel good about themselves, wrapped in the fact-devoid notion that they are fighting for human rights. I have no issues with supporting the “Palestinians.” Those civilians are paying a steep price. And while Israel has made mistakes and instituted policies I do not like, way too often those who criticize are blind to the real issues, and are ignorant of the facts.

And they deflect! We are called Nazis… we are called occupiers and terrorists… Hamas and other groups have convinced these young and naïve people that Israel is the pariah, that Israel is the main representative of the “white male oppressor,” so they easily seize this and take up the call to arms. Deflection is used by so many these days. They cast blame and point at others, while committing the exact same crimes right out in the open. Enough.

We must see through this and stand up to it, wherever… WHEREVER we see it.

Anti-Israel Is Not Anti-Semitism… Until It Is
If we are truly seeking truth, this must not and cannot stand. Criticizing Israel is not immediately anti-Semitic, but too often it becomes just that, because truth, the whole truth is ignored. And just keep an ear open for those key words… those clues that someone is not just criticizing Israel, but Jews in general. They’ll come… sadly they will come.

I do not know how to convince the other side to seek truth, but I would plead with my fellow Jews to unite against anti-Semitism, to study Judaism and find the beauty within it, to truly understand who we are as a people and who we are as individuals… and to celebrate both, for Hashem has created each and every one of us for a very specific purpose… We must live our lives with honor and kindness… to always seek out truth and always do the right thing.

The more I study, the more I see this in Judaism… it is about learning and studying truth, finding it within ourselves… and then sharing it with the world. The truth lies in kindness and good deeds. And the truth is all we have and must be defended. No matter what it is you know or learn from Torah, what it comes down to is taking words into action… into mitzvahs. It comes down to justice, truth, and peace. And this means coming together for justice, truth and to fight hate… ALL HATE. Let us unite in this. Let us unite in truth!