Once again my co-writer on this blog, Marc brought up a topic that I’d like to talk a little about.  In his post on Studying Torah  he writes, “To study something is not simply to read it. That is part of it, but it is really, and most importantly, to comprehend it, to understand it…” 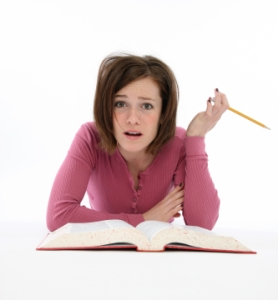 But how does one do that?  How many times have we heard an extraordinary idea that we knew deep down, if we followed, would radically change our lives for the better? Then how many times have we given up on implementing that idea after a week or two? Then six months later can barely recall what that idea was?

Can’t we be more proactive?  Of course. But what works?

The Mesillas Yesharim (aka the Way Of the Upright, aka the Path of the Just) basically the ultimate Jewish self help book, says “The benefit of this book is not derived from a single reading…but rather though continual review and persistent study, by which one is reminded of those things which by nature he is prone to forget…” Continual review.  Hmm… gives some insight to why we have to say the Shema so much.

So that’s helpful. But what is the process in which someone really learns something and what does really learning something even look like? For that I’ve heard two explanations.  They parallel each other so I’m going to do my best to tell you them both.

Have you ever wondered why Chabad is called Chabad?  If you’re like me, then probably not.  But Chabad is actually a combination of three Hebrew words. Chochma, Binah, and Daas.  On the surface those terms mean wisdom, understanding, and knowledge, respectively.  In English, those three terms are interchangeable. Hebrew is much more specific.  But I’m going to come back to their differences later.

I heard a brilliant comparison between learning and farming from the legendary Noah Weinberg the founder of Aish HaTorah. Rabbi Weinberg breaks down farming in 4 stages. Plowing, Sowing, Harvesting, and Eating.

When you start the farming process you break up the soil.  When you hear a profound piece of wisdom, the same thing happens to the preconceived way you look at the world.  Something in your way of thinking has changed.  This is Chochma, or wisdom.  It’s a flash of inspiration.  You go to a great lecture and everything makes sense!  It’s all clear! It’s only the next day when you realized you don’t really get it.  You still need more learning.

Now that you’ve broken up the soil, now you sow the seeds.  Time to get on your hands and knees and really work.  You’ve heard the lecture, now you have to review it.  Research it, challenge it, learn how A connects to B which leads to the conclusion of C. Ask hard questions.  Does it really make sense?  UNDERSTAND it (Binah.)

After some serious work, the seeds have blossomed into produce.  It’s time to harvest and take ownership.  You now have deep understanding of the wisdom.  But now you need to own it as well, make it your own.  See the idea in your life.  You stop using your teacher’s examples and start using your own.  In fact, you know it well enough to teach it.  This is a deeper level of Binah.

The final step of the farming process is obvious and probably the easiest.  You eat and the food becomes a part of you.  But with learning, it’s actually the hardest and people often fall short of this step.  I’ll explain by jumping right to the Hebrew word, Daas.  Daas is knowledge, but it’s knowledge on the level of the body.  If you’ve ever heard the term “he knew her in the biblical sense” you know that term refers to sex.  It is the physical knowledge of another person.  In fact, the Tree of Forbidden Knowledge was called the Ets HaDaas.  (But that’s another post – coming soon.) To take the wisdom you’ve learned and not just be able to speak knowledgeably about it, but live with it, have it change your behavior… is the real challenge.

How many people are considered hypocrites because they preach one thing and act differently?  It’s not necessarily that they’re actively trying to deceive people.  It’s more likely they’ve not mastered this final and crucial step.

To truly master any concept means something about you needs to change, whether it is a new way of behaving or a new way of looking at the world. It takes time, dedication, practice and patience. And most importantly persistence.

One response to “What does it take to REALLY learn something? — By Ben”