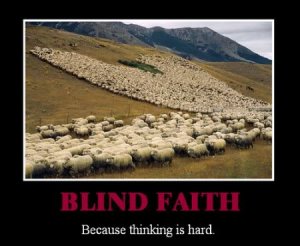 In case you’re not familiar with the Bible’s story of creation: God makes the universe in 6 days.  On that 6th day, God makes man (Adam and Eve) and tells them to do anything they want, but don’t eat from this one tree!  By mid afternoon, they both had tasted the forbidden fruit and God throws Adam and Eve out of paradise and issues a death sentence. 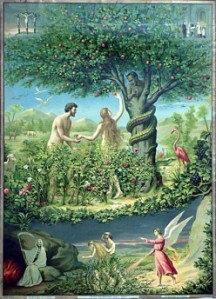 So what’s the deal with this tree?

Let’s look at a deeper level of what’s going on here.  If you remember in a previous post On Learning, I made the distinction between wisdom, understanding, and knowledge (Chochma, Binah, and Daas). Well what type of knowledge do you think the Tree of Knowledge was? If you said daas, you guessed right.  And remember daas is unique in that it is a body level of knowledge.  The Torah makes a distinction between knowledge of the body and knowledge of the intellect.

Think what it was like before you ever got drunk for the first time.  You may have wanted to drink but you had no idea what the experience was actually like.  It was an intellectual curiosity.  And you can absolutely desire that only on a purely intellectual level.  However once you become drunk, the desire to become drunk again comes from an entirely different place, the body.  You desire the physical sensation.  That’s what knowledge we’re talking about when we say daas.

Adam and Eve were spiritual and intellectual beings.  The body was there, but it was a vehicle for the soul, a tool.  The snake comes along and appeals to their intellectual curiosity. (I can do a whole post just on how the snake temps Eve, but another time).

For G-d knows that on the day you will eat from it, your eyes will be opened, and you will become as gods, knowing what is good and what is evil. — Genesis 3:5

A purely intellectual appeal. Who wouldn’t want to know what that is like?  It would be unlike anything you’ve ever experienced.   Once they eat from the tree, the experience of life radically changes.  Before, bodily cravings didn’t factor into the decision making process.   What was once an exterior temptation was now in the body and humanity will have to wrestle with it constantly. 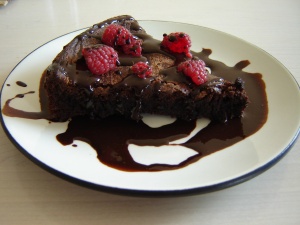 Imagine if you saw a delicious piece of cake.  Now imagine if the decision to eat that cake came down to pure logic. How many calories is it? Did I work out today? I just had cookies at lunch… etc.  I’m not saying you wouldn’t be able to physically enjoy the cake, Adam and Eve did have physical pleasures.  But it wasn’t a drive either and it didn’t draw them away from their goals.  That’s how it was supposed to be.

So what was the point of the Tree of Knowledge in the first place?  Just to tempt us?

There’s a popular saying, “live and learn.”  Go out into the world and experience it then come back and do what you’re supposed to do in life.   This perspective is the opposite of what the Garden of Eden is trying to tell us.   The wisdom of Judaism is saying learn about life first.  Understand it, get an educated perspective, figure out what you are living for.  Then once you have clarity about what you’re supposed to do, go experience it.