For Elie Wiesel and those who have dedicated their lives to keeping history, memories and the truth alive… For always speaking out and for serving the world and fighting injustice and evil. May your memory always be a blessing… and a lesson for humanity.

I think I have treaded into “political” waters only once on this blog… and while I try to stay away from it, for so many obvious reasons, I think every once in a while we need to have certain discussions.

No… there will be no mention of a reality star or a political insider… I am not going anywhere NEAR that can of worms! This is about something that is not quite political… or at least it should not be… and yet, with the tenor of this country changing so dramatically, and EVERYTHING being politicized these days… here we are.

But speak I must. Silence is so very dangerous, and then again, so is shouting… unless, perhaps, it is being done with vim and vigor, passion and love, and a deep and unbridled desire to learn and grow… You know, Yeshiva style.

We need to go back to a place of HEALTHY debate… Respect, courtesy and good manners! Wouldn’t THAT be nice! Sigh…

“There may be times when we are powerless to prevent injustice, but there must never be a time when we fail to protest.” 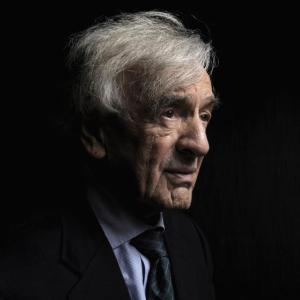 Those two quotes are from Elie Wiesel, a man who survived the worst of humanity and relived it every single day to make sure that none of us would ever forget. His loss, on July 2, takes away a light that shined so brightly, not only into the universe, but into the souls (or seeming lack thereof) of man. May his memory always be a blessing for all of us. Never forget.

There are many of us, myself included, who post about the many tragedies that sadly and frustratingly and mind-numbingly seem to be part of the daily news these days. As Jews, part of our mission, part of our purpose, is to heal the world. We must embrace Tikkun Olam, and if we truly do, any suffering, no matter where it comes from, affects us and will hopefully move us to action.

The other day, on the dreaded book of Face, I posted something expressing my sadness about what happened in Turkey. I then said that we all need to stand together and realize that tragedies like this affect us all… or at least should affect us all. They are proof that we are all, basically, fighting the same enemy.

Those who would destroy Israel and Jews would not ever stop there, despite their rhetoric. Anyone or anything that threatens them and their power, anything that is different and pluralistic is fair game for their violence and destruction. The world needs to see this… to understand this… but instead, the world is largely silent, especially when there is violence against Jews or Israel.

There are few cries of “I Am Israel” or “We Are Israel” (in the world at large) like there were for Charlie Hebdo… Very few Israeli flags superimposed over people’s faces like there were French flags or quotes of “Je Suis Charlie.”

And so, in my post I mentioned Turkey, Orlando and Israel. I wanted to make sure people knew that Israel is attacked almost daily… I wanted to remind people of what happened in Tel Aviv… I wanted to speak out where I felt too many people were not.

The uproar, granted mostly from one source, started a flurry and fury of comments… but the main impetus was why Israel was being mentioned in the same sentence. This alone should have been a reason not to engage… but engage I did.

The attacks in Orlando and Turkey clearly had more deaths than the one in Tel Aviv… but that wasn’t the point, and nor should it be. Terror is terror. Death is death and even one life lost is one too many. An attack with higher numbers of dead and wounded simply gets the media’s attention. They can dramatize it, brand it, market it and promote it with a clever and catchy name. Tragedy sells… sadly.

But why do we (and you can read “I” if you’d prefer) so often mention Israel when other things in the world go down? I was accused of politicizing a tragedy… accused of using it as an opportunity simply to promote Israel or my position… accused of bringing Israel up when she did not need to be mentioned.

Really? Israel is on the front lines of terrorism. There IS an attack or thwarted attack daily, and because of what goes down in the world and in forums like the UN (more near daily attacks on the Jewish state), I believe it IS my responsibility to speak up and speak out… and as often as I can.

And this does NOT mean I support each and every thing Israel does… It does NOT mean that I whitewash behaviors… It does NOT mean I do not sympathize with those who suffer on the other side. As I stated earlier, Jews love a good, healthy debate… and the Israeli newspapers are all over the map as far as what they say and support or protest.

I mention Israel because I feel too many people do not… and sadly, this silence (or even dismissive criticism) has found its way into the Jewish American population. We must all know or learn our facts, because truth is truth, and while it can be spun or altered or manipulated, history is an important teacher… and a vital lesson.

If we tell even one untruth, even though the other side tells many, we will be criticized and branded as liars… A tough bar to live up to… but an important one.

Judaism has taught me to ALWAYS DO THE RIGHT THING. Easy? No… but there is no other way to live.

We also must be acutely aware of HOW we criticize Israel, especially in a public forum, as many people use this as an “Ah Ha” moment against us… saying that even Jews have issues, problems, etc. and therefore Israel MUST be bad or wrong.

A case in point and true can of worms is the utterly horrid, insensitive and misguided max blumenthal. (I will restrain from using other adjectives, and yes, I am purposely not using caps). The things he says are egregious… and the damage he is doing is severe. Opinion, fine… but he is beyond the pale and actually dangerous. His comments about Elie Wiesel were ill-timed, self-centered, self-serving, disgusting and hurtful. And that is all I am saying about him.

It’s also like people who use phrases like “Jew him down” and dismiss it as being okay because they ARE Jewish. Others hear this, and then think they can say the same thing… that it is not offensive. Self-deprecation is one thing… self-loathing is another, and a slippery slope.

I know there are many positions on Israel. I know that we will not always agree. What I am hoping is that we can come together and remember her importance and significance to all of us… to speak of her often and thoughtfully… and to realize and remember that others look to us for guidance and direction, and if we flinch or speak out of turn, or forget the power of our own words, the tables will be turned and those very words will be used against us. 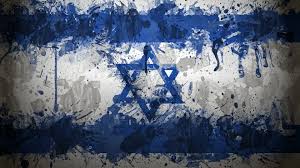 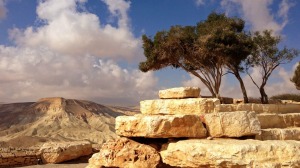 There is but one Jewish state… Let us keep her in our thoughts and in our speech… Let us mention her often. Let us support her, not blindly but with passion and thought and insightfulness, openness and honesty.

Let us not be passive and let others hold and raise the banner. Let us all engage and be a part of the discussion.

Let us always remember who we stand before… It is always Hashem, of course, but also our audience… who is sitting across from us… who we are addressing and discussing things with.

Let us raise our voices… raise our pens… Speak up and speak out and write down. If we don’t, who will? Am Yisrael Chai.