In this week’s parsha, once again Moses is confronted by more dissatisfied Jews. It’s becoming such a common theme, I think we should change the name of the book of Bamidar to the book of Yelp Reviews.

This time Korach, Moses’ first cousin, stages a rebellion. He feels Aaron being chosen for the Kohen Gadol (Jewish high priest) is nepotism at its worst. In addition, he argues “… the entire congregation are all holy, and the Lord is in their midst. So why do you raise yourselves above the Lord’s assembly?” (Bamidbar 16:3) And if a leader is necessary, why couldn’t they be appointed democratically? Moses tries to appease them, but Korach and his followers won’t be satisfied with anything less than a spiritual standoff. Needless to say, God sides with Moses and all involved in the rebellion are swallowed by the Earth.

The Jewish people are supposed to be a nation of critical thinkers. In fact, our forefather Jacob was renamed Israel because he wrestled with God. That’s what it means to be a Jew!  What did Korach do that was so wrong? Imagine if the President of the United States chose his brother as the Chief Justice of the Supreme Court. Don’t you think some oversight might be called for?  And it’s not like Korach was just some loon trying to pick a fight. He had 250 prominent members of the assembly behind him. He must have some good points. So why was it doomed to fail?

An argument for the sake of Heaven.

In our society we are surrounded by persistent arguments. Television pundits. Family. Customer service representatives. Heck, some of us delight in taking the devil’s advocate just for the sake of sport. But what’s the point of all that contention?  That’s where Perkei Avos 5:17 brings down an insight, referencing this specific instance in the Torah.

You’ve probably heard of Rabbi Hillel once or twice, or at least come across an organization named after him. He and his students often would argue with a contemporary Rabbi known as Shammai and his students. The disagreements are famous in the Talmud. They were both giants when it came to their knowledge and accomplishments. Shammai’s rulings are known to be more stringent, Hillel’s tended to be more lenient. However, the two didn’t argue out of contention, but out of a desire to get to the truth. And because of that, though today we often follow Rabbi Hillel’s opinions, it is said when the Messiah comes, we will follow Shammai’s opinion (because God’s presence will be revealed and it will be obvious why we should follow stricter rules.)

Starting Fires to Watch Them Burn

But Korach did not argue for truth. Korach’s argument was motivated by personal desire for power. As I said above, arguments are not bad. They can lead to deeper understandings and resolve conflict. But when someone starts an argument, its very nature is that it creates doubt. An accepted premise is challenged and clarity about that premise must be addressed. If the goal is truth, the challenge is examined by both parties. If the challenge is not addressed or a dialogue isn’t started, the doubt can persists and can spread like a virus. That’s what Korach did. 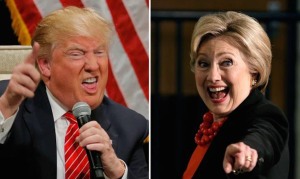 If you think about it, Korach’s tactic resembled today’s political discourse. Issues are rarely discussed for the sake of fixing a problem, but instead to assassinate the character of someone we oppose. Climate change, supporting or not supporting a war, ethical fundraising. These issues are rarely debated in the media for their merits. They are never discussed in any educational context. They are used as weapons and every time they are used that way, confusion grows about the topic and we get farther away from actually solving the problem. Korach fostered doubt against Moses and God for gain. He created rifts and dissention that would affect the people for generations to come. That kind of reckless argument the Torah says is evil and cannot stand.

By no means should you stop arguing. If you’re Jewish you couldn’t stop even if you tried. But when you get the urge to tell someone they are wrong, make sure that desire is about getting to the truth and that you’re not doing it for personal reasons. Actually try to understand the other person’s view point. Maybe double check what you think you know to be true before you launch into a diatribe. And be open to the possibility you might be wrong. Because if you can’t do those things, chances are even if the truth comes out, the incorrect party will never hear it.

One response to “Korach: A Good Reason to Argue – By Ben”