If you’re meant to change someone’s life with your words can you? What’s the opposite of inserting foot in mouth syndrome? I don’t believe that it’s being a wall flower and sitting idle-y by while someone/some people gets hurt. I think its actually choosing to “say what you need to say” (thank you, John Mayer).

Sometimes what we need to say is just “the truth, the whole truth, and nothing but the truth” but sometimes its actually giving someone or in this case, “an entire people,” a blessing.

This week in the Torah we see a great example of this. Balak, The king of the Moabites, hires a well known prophet of the time, Balaam, to curse the Jewish people. Balaam agrees.  On Balaam’s way to do so, he is shocked to find the donkey he’s riding on start yelling at him.  The talking donkey is able to notice before Balaam does that an angel is blocking their physical path. Balaam then still tries to pronounce his curses to the Jewish people but only blessings come out of his mouth. Finally, Balaam prophesies that the end of days will eventually come and the Moshiach will come to help the world.

But why does G-d set it all up in this way? A prophet hired to give a curse gets distracted by a donkey due to the donkey’s distraction by an angel on their path. WHAT? You couldn’t have just had the king of Moab try to curse the people on his own like the little old Italian lady in the Romantic Dreamed Moonstruck, of 1987: 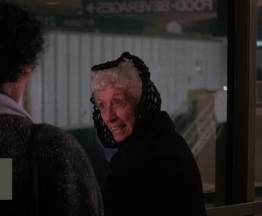 Cher: “I don’t believe in curses”

…and then have he himself get interrupted and have a change of heart? Why the two inter-mediaries? And furthermore, why make a donkey talk? This also completely shatters the basic premise of when the Torah talks about 4 typical levels of living things: the inanimate, the plant life, animals, and then those who can communicate through speech aka human. Why go completely all Hollywood on us and make the third level of living things switch to the highest level? And of all things you made it an ass? Excuse my French.

So here’s what we learn from the commentary:

Why did G-d originally argue with Balaam, tell him that He disapproved of the trip, but then let him go and try to curse Israel, and eventually foiling his plot? Why didn’t He just stop Balaam in his tracks?

The Talmud (Makkot 10b) answers this question:

Rabbi Aaron teaches, and I’m paraphrasing a bit, “The greatest gift G-d gave humans is free-will. Its our chance to be somewhat G-d-like.” Shouldn’t we embrace it? Sometimes G-d will lead us down a path that we keep begging to go down. But eventually we will see whether its good or not for us. If the route we chose doesn’t seem like a good one, but we’re paying attention, we can change our perspective and see the inherent blessings.  This is what happens to Balaam.

This has happened to me several times. There were things I wanted to have happen-certain attainable goals I wanted because of a checklist I made for myself. I wanted to graduate from a particular college, which I had attended. Until a crisis happened in my family.  Three different times I kept applying to a school I couldn’t attend. Eventually I had to see that it just wasn’t in the cards for me.  But then I started looking for the hidden miracles. The experience I got from going to the other school I wound up graduating from. Meeting life long friends, getting more in touch with nature, and becoming involved in Jewish organizations in a big way.

There have been conversations in my life when I may have come into a situation thinking, “I’m upset and want to get my point across” or “I surely deserve so much more than I’m getting in this situation. I should fight for the right for this or that,” only to realize in the moment that its not worth the fight. Instead of a curse coming out of my mouth, a sweet blessing for the person in front of me comes out.  It’s then I’m grateful that I’m paying attention. Its like a click that happens inside through the joy of being focused in the present moment. The present truly is a gift when we are paying attention.  Our choices to use certain words and take certain actions are the major parts of free-will. How will you use your free will today?

People are getting more scared to say how they really feel due to fear of coming across politically incorrect. Thus, you could say that certain outspoken groups are winning the war on who’s words are heard. However, like Anna Frank, I too still believe in the power of the good within people. I know that as bad as it is right now, it could be worse. Perhaps G-d is waiting for us to “pay attention” use our words for the good and only speak when we absolutely need to speak but say what we need to say. If not, perhaps G-d will send us more talking donkeys. Forgive the timely election jab I unintentionally made there. And going in the other direction, I know that could be very cool having a real life talking donkey, considering the animation listed above, but can’t we figure out how to make the world better on our own? We can’t rely on open miracles like that anymore anyway. 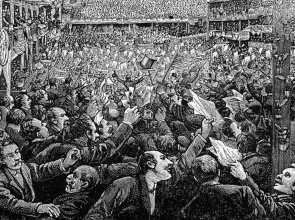 May we all have the courage and sanity to use our thoughts, words, and thus actions only for good which can only lead us to more good. 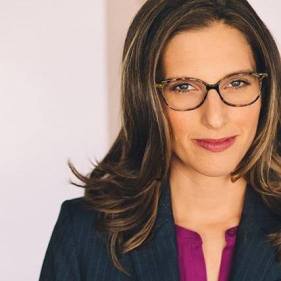 One response to “Is our ability to speak a blessing or a curse? Parsha Balak — By Barbara Heller”