So… I did leave something out of a quote last week… and only because it would have opened a whole new conversation… You know one of those potentially never-ending, heavily debated, life-long conversations. 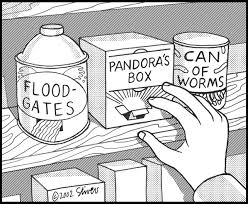 I’ll go back to this quote as an introduction:
“Even after thousands of years of discovery and wonder about nature, neither has been exhausted. There will always be more to uncover, more left to wonderment.”

The quote I used last week was from Gershion Winkler’s Kabbalah 365, a book, as you probably know, I read daily and am garnering so much wisdom from…

But Winkler continues… and here is the part I left out:
“As Rabbi Abraham Joshua Heschel put it: “It is within man’s power to seek G-d; it is not within his power to find Him.”
(From God In Search of Man, p. 147)

Judaism teaches us to seek G-d… to search for Him… to see Him in everything. The concept of Echad, that G-d is one… unified unity and undivided… that G-d is everywhere… But wait… we cannot find Him??? What does that mean, exactly?

But if I see G-d in everything, isn’t that, in a logical way, me finding Him. Maybe we’re not conversing… i.e. He is not speaking to me… nor is He directly guiding me… Well… that’s ANOTHER discussion… but when I do the things I am supposed to do, do the right thing… Daven and pray and observe… I sure feel connected… faithful… and in a relationship with G-d.

I get what it means on an extreme level… and I know that the journey is always the most important part, not the end… It’s about how I perform on the path and how I handle tests… but hmmm…

Maybe it means that we get to see the wonders, the miracles of life, but perhaps not get to fully understand them… or to see behind the curtain…

Maybe it’s the concept of Godhead, “or the aspect or substratum of G-d that lies behind G-d’s actions or properties (i.e., it is the essence of G-d).

“In Kabbalistic thought the term “Godhead” usually refers to the concept of Ein Sof (אין סוף), which is the aspect of God that lies beyond the emanations (sefirot).” (Wikipedia… what? It’s good sometimes for this stuff!)

“Because concerning all the sefirot, one can search out their reality from the depth of supernal wisdom. From there it is possible to understand one thing from another. However, concerning Ein Sof, there is no aspect anywhere to search or probe; nothing can be known of it, for it is hidden and concealed in the mystery of absolute nothingness.
— David ben Judah HeHasid

(I will assume that this is the son of 12th Century, German Rabbi  Judah Ben Samuel, also known as Judah HeHasid.)

Maimonides wrote that:
“The foundation of all foundations and the pillar of wisdom is to know that there is a Primary Being.”

“G-d is the only one we may serve and praise….We may not act in this way toward anything beneath G-d, whether it be an angel, a star, or one of the elements…..There are no intermediaries between us and G-d. All our prayers should be directed towards G-d; nothing else should even be considered.”

So we know there is a G-d, we believe He is One… He is the only One, and the only One we can pray to. We can see His amazing work… seek Him out… talk to Him… but yet, we cannot find Him…

I guess I’m okay with that… There are so many things we will never understand, never fully know… at least not in this lifetime… and I have given myself over to that. Not completely… It seems to be a never-ending journey and even a battle at times. I am one who loves to know… needs to know… and sometimes that is not always the case… We are not always privy to explanations and details.

I just need to make sure I notice and embrace everything… See G-d’s hand in all of life… Appreciate the miracles, large and small… each and every day… and accept that while the road may be bumpy… the tracks may be creaky… there is a reason for all of it… the good AND the bad… and sometimes… many times… we will not get to know why… 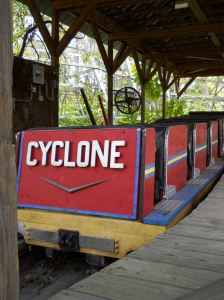 So breathe… be still… hold tight… as this life is a pretty wonderful and amazing “G-Ticket” ride… And our job is to SEEK out the adventure… SEEK out G-d and while we may never find Him… the SEEKING is enough.