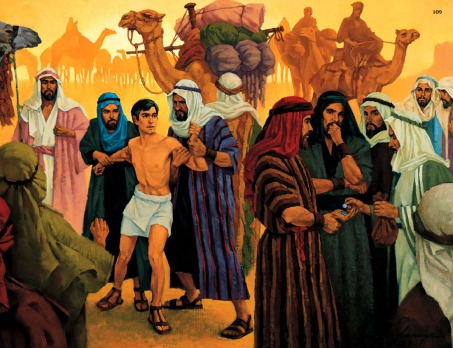 This week’s Torah portion, parsha Vayeishev, begins Joseph’s story.  And it’s quite a story at that. There’s betrayal, seduction, a prison set piece, some dreams sequences, and (of course) mistaken identity. But the event that turns Joseph’s world on its head and sets the story in motion (in a screenplay this would be “upsetting the balance”) is when his brothers decide to kill him. But there’s something in that moment, something that Reuvein does, the oldest of the brothers, that I want to examine.

The brothers have held a trial and judged Joseph guilty for basically treason. Joseph comes upon them just as they’ve made their decision.

…they said one to the other, “Here comes the dreamer. Now, come let us kill him and throw him into one of the pits; and we will say that a wild beast devoured him. Then we will see what will become of his dreams.” (Bereishis 37:19-20)

Pretty chilling sentiments. But then Reuvein has a sudden change of heart.

Reuvein heard and rescued him from their hands. He said, “Let us not kill him.” Reuvein said to them, “Do not commit bloodshed. Throw him into this pit …and do not lay a hand on him.” His purpose was to rescue him from their hands, to bring him back to his father. (Bereishis 37:21-22)

Reuvein leaves with the idea to come back after nightfall and save his younger brother. But while Reuvein is away the brothers sell Joseph into slavery when a group of Ishmaelites ride by. By the time Reuvein returns, he’s too little too late.

Reuvein returned to the pit, but behold, Yoseif was not in the pit. He tore his clothes in grief. (Bereishis 37:29) 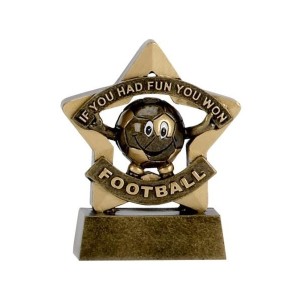 What’s interesting is that despite the fact that Reuvein failed to rescue Joseph, the Torah mentions his intentions and efforts. Did we really need to know he tried to save his brother? So many other details in these stories are left to Midrash or other commentary explanations. But Revein’s efforts are in every Torah and Bible for eternity. From this we learn that he got credit for trying to save his brother. That teaches something extraordinary about the way we are supposed to relate to mitzvahs and doing good in this world.

The Jewish tradition says that if you set out to do a good deed, doing everything within your power to accomplished it, and it’s an external force that stops you from succeeding… you still get credit for the mitzvah. The concept is known a “ones rachmana patrei,” which literally translates to “the Merciful One exempts one who is forced.” When it comes to doing good and doing mitzvahs, results are not what is important. It is commitment, dedication, and effort. Yes, you want to fix the world and actually accomplish, but the truth is that success is out of your hands. If you look at it from a secular perspective, we see hardworking intelligent people fall on hard times while others seem to glide right by. Even the most successful people will admit they got lucky or benefitted from a favor. Whether you call it luck or acknowledge that your success is up to God, the only thing you can control is how much you work at it.

When you Failed because someone else Failed

But on the flip side, Reuvein is also condemned for the injustice to Joseph. If you pay close attention on Yom Kippur, there’s a section about the 10 Rabbis who were murdered by the Romans as martyrs because of this very Biblical event. And it was 10 Rabbis not 9. Because Reuvein was still held accountable. Now what guilt would he have, being that he tried his hardest to save his brother? And the reason is because we as Jews are one people and we are responsible for what those do around us. Imagine if you saw someone yelling at a blind or mentally disabled person. Would you say, “Eh, not my problem. I don’t want to get involved.” Of course not! If you didn’t say something or do something, that means that you allow that to exist in the world you live in. You normalize it. So Judaism says you are liable for it. Because we all live in the world together.

“You are not responsible for finishing the fixing of the world. But you are not free to absolve yourself from starting the work. ” Pirkei Avos 2:16

The Pirkei Avos quote brings these two lessons together. We definitely live in troubling times and there is plenty to fix. But the problems seem so massive, it makes you feel like, “why bother?” World hunger, a broken political system, a news media that seems to have rejected journalistic integrity, there’s so much to fix. What the Pirkei Avos is saying is that you don’t have to fix any of those things, but you do need to take out the tools and begin. And to anyone who says, “I’m just one person. What am I going to actually do?” The answer is, start and try. The rest isn’t about you.

Did Martin Luther King Jr. end inequality and racism in this country? Did Mother Teresa end poverty in the world? Has any of the thousands of doctors, and chemists, and biologists who have done cancer research cured cancer? No. Of course not. But the good that has come from these individuals’ efforts is nothing short of extraordinary. They set out to fix the world, and though they didn’t finish the job, they certainly changed it. And I’m guessing they got a whole lot farther than they ever expected to.

2 responses to “Reward for Failure – Vayeishev — By Ben”