If you read my FB posts, you will see just how brutal a year 2016 has been, especially in the world of music. Personally, I am quite happy to see this one pass us by and move on to the next… though as Jews, we are already in a new year, of course.

Music… theatre… film… art… It all moves me. As does Judaism… profoundly so. I find amazement and wonder and joy in both worlds. And yet, one of my struggles is finding my true place, stuck between the secular and non-secular… unsure of how far to move… how far to go. I wrote about this a bit last week, and I know it is a central theme for me in this blog. It is a tricky thing, and while I am steps ahead of where I was, I am still treading slowly.

While I certainly do not believe in any other G-d, nor do I worship idols, I do put great energies and faith in music, and by default, the artists who make it. To me, music is the great equalizer… it is a common language and may very well be close to actually being the universal language, though most would call that love. 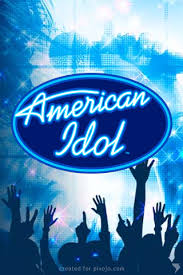 We refer to certain artists as musical icons… or yes, even idols. And the term matinée idol was big, way back when. A more current notion is the show American Idol. And while I do not pray to any of these people, nor do I thank them for nature and life and all that I am grateful for, I do strongly believe that many of them deeply enhance our lives. If Hashem creates everything, which I believe He does, then music is one of His most wonderful creations.

George Harrison describes music as an energy that reveals itself as a sound… and while he fails to mention Judaism specifically, he talks about all of the world’s religions as having a unique musical sound… an energy. I had an issue that we were left out… but his message was still a profound and articulate one and worth exploration.

To me, G-d is energy… all of energy… and all things are made up of this energy. Every single thing in the universe has molecules and atoms and protons and neutrons and how they all stay together… how all chaos is put in order… is G-d. It is miraculous and mind-blowing. So therefore, music is also a miracle. I mean a bunch of sounds and tones, organized in a specific way, can move us to tears, without a single word… a single spoken text.

But add in words… lyrics… poetry… and wow… A song can define our lives. It can show us the way out of a dark hole… and let us know we are not alone. 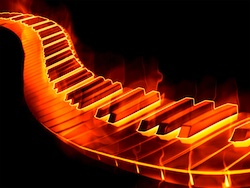 Of course, music is a huge part of our own tradition… from Jewish folk songs to prayers. Judaism, to me, is music… it is musical… it is art.

According to MyJewishLearning.com “Jewish prayer relies heavily on music. Dating back at least to the times of the First Temple in Jerusalem, Levites had the responsibility of singing and playing instruments as part of the Temple service…” It goes on to say that music also helped people memorize the essential prayers.

From Chabad.org comes a great article by Rabbi Lord Jonathan Sacks, who writes: “There is an inner connection between music and the spirit. When language aspires to the transcendent, and the soul longs to break free of the gravitational pull of the earth, it modulates into song… Goethe said, “Religious worship cannot do without music. It is one of the foremost means to work upon man with an effect of marvel.” Words are the language of the mind. Music is the language of the soul.”

“Every day, in Judaism, we preface our morning prayers with Pesukei de-Zimrah, the “Verses of Song” with their magnificent crescendo, Psalm 150, in which instruments and the human voice combine to sing G‑d’s praises.”

“So, when we pray, we do not read; we sing. When we engage with sacred texts, we do not recite; we chant. Every text and every time has, in Judaism, its own specific melody.”

“Faith is more like music than like science. Science analyzes; music integrates. And, as music connects note to note, so faith connects episode to episode, life to life, age to age in a timeless melody that breaks into time. G‑d is the composer and librettist. We are each called on to be voices in the choir, singers of G‑d’s song. Faith teaches us to hear the music beneath the noise.”

We are all human beings… all desperately looking for love and affection… for ways to make our lives more meaningful and to have purpose. Sometimes… some times.. artists can put our very own thoughts into words, images and music… words and music that are not our own, but which affect us on a deep and moving and emotional level.

Music and art have the ability to enrich our lives and move our souls… and spur us to action… to love harder and deeper… to cling more tightly to life, and appreciate it daily… to accomplish and create… and to give us faith and hope! And all of it, comes from Hashem.

His creations have made major impacts on my life, and so I would like to thank both them and Him. And for all of us in mourning, even though some of these people may be perfect strangers, I would like to say… May their memories be for a blessing.

Live every moment, hug the ones you love, speak and sing their praises… and let your words, your chants, your prayers and your soul sing and sing loudly. Hear, hear, hear O Israel…