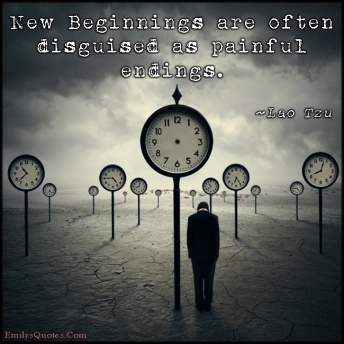 Parshas Bo has a ton going on. It finishes up the plagues (most notably the death of the first born), the Jews are given their freedom finally becoming a nation, and the nature of the Torah start to change from strictly a narrative to a listing and detailing of mitzvah. The laws of Pesach are given (pascal lamb and eating matzah for 7 days), and this is where we’re instructed to wear tefillin. But the very first commandment given, strangely enough, is to count the months, aka Rosh Chodesh.

God said to Moses and Aaron, in the land of Egypt saying: “This month shall be [reckoned] to you [as] the head [beginning] of months. It shall be to you the first of the months of the year.” (Shemos 12:1)

And just to be clear, since Rosh Chodesh is the first mitzvah directly given to the Jews, it’s considered the very first mitzvah of the Torah. But if I were to think, “what mitzvah #1 would be?” I’d have guessed, believe in God, or don’t murder. Certainly one of the 10 commandments. But no. It’s to make sure your monthly planner is up to date.

Moon Over My Kosher Hammy

If you’re not familiar with Rosh Chodesh, the Jewish month is something that we’re supposed to keep track of ourselves. Back in the times of the Temple, we didn’t have a set calendar. The Jewish court relied on witnesses to spot the new moon and testify as to what they saw. Based on those testimonies, the Jewish court would decide whether that night was indeed Rosh Chodesh or not. If it was, riders would depart from Jerusalem throughout Israel and beyond to declare the new month.

For those living far enough away, it might be a while before word got to them about whether the new month had started. So the custom began to celebrate holidays outside of Israel for an extra day, since you may not be sure which day the holiday was on. Eventually Rabbi Hillel was able to calculate a definitive calendar that we hold by today.

But why is it so important that the Jewish people, right after being freed from slavery, keep a calendar? The Rabbis say that this commandment relates to freedom. The difference between someone who is free and someone who is a slave is that a slave’s time is not their own. For the first time the Jewish people have control of their own time and God is saying as their first commandment that they have to be responsible for it.

As I said above, the Jewish court decided whether it was a new month or not. There were times for convenience (you do NOT want a Shabbos right after Yom Kippur) the court would delay the month by a day. But according to the Torah certain holidays happen on the 15th of the month. And as I’ve mentioned before, Jewish holidays are realities where spiritual opportunities are only available at a certain time. So if the Jewish court held off a month by a day, wouldn’t they miss holiday? And the answer is no. Because with this commandment, God gave the Jewish people the power over time. Certain rules of spirituality have to adhere to what we decide!

But Rosh Chodesh isn’t just about punctuality. As we watch the moon, observing how it waxes and wanes, becoming a full moon, then disappearing, it’s all supposed to be a reminder about ourselves. If you’ve ever tried to lose weight through diet or exercise, anything you lose in those first few weeks is just water weight. Because for the first month your body actively fights change. Around week 4, your body gets the message that your behavior has actually gone through a long term change and finally it follows with a real and lasting change itself. Rosh Chodesh comes along as if to say, look at the behaviors that you are currently doing, anything you did in the last month you want to change? Now’s the time to do it. Anything you did change in the last month? Are you sure you want to continue, because now is when things get real.

So why is this the first commandment? Because this sentiment of renewal and self improvement is what Judaism is all about. Mussar, teshuva, korbonos (sacrifices) these are all about becoming the best person that we can. And to aid us, God gave us a big clock in the sky as a reference point. So when you get serious about the traits you want to change, look up in the sky and track your progress.