This week’s parsha may be the most important portion in the Torah. Not only are the 10 Commandments given, but God Himself speaks to the Jewish people. It is a revelation that is the backbone of the Jewish tradition. And so what is this parsha called? Parsha Yisro.

Parshas are usually named for the first unique and significant word of the text. The first parsha is Bereshis because that’s the first word of the Torah. Lech Lecha? Abraham is told to leave his life and home to start carry out God’s mission. But this parsha? V’yeshmah is the first word. Shema! Heard! It’s one of the most significant words in all of Judaism. But no, the parsha is named after Moses’s father in law, a convert named Yisro. Why? 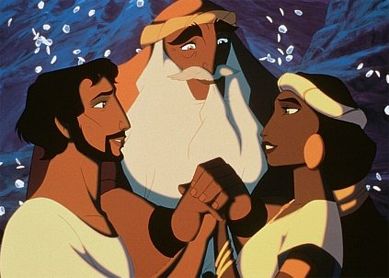 Yisro heard about the splitting of the sea and he heard about the nation of Amalek attacking the Jews. And depending on interpretation he heard God speak to the Jewish nation at Sinai (many Rabbis believe the Torah tells this story out of order and that the giving of the Torah preceded Yisro’s actions). Whatever Yisro heard, he dropped everything he was doing and he joined the Jewish people.

But what is this emphasis on “heard”? It takes 4 lines before the Torah says “and he came”. To understand we have to look at the meaning of the word shema. Shema does mean to hear, but its deeper meaning is to internalize. When we say “Shema Yisroel, Hashem Elokenu, Hashem Echad“, we are supposed to ingrain that message into the core of our being. Yisro didn’t just hear about what God had done for the Jews, he understood and was moved to act.

Inspiration with out Hesitation

It isn’t uncommon to hear something that moves you. Whether it’s an inspiring lecture, a troubling news report, or a work of art that penetrates to your core, we’ve all felt the clarity and resolve that follows.  But how long does it take for that emotion to fade and for us to forget this newfound drive? Without action, almost immediately. If we take Torah for its given order (and not that 10 Commandments preceded Yisro’s arrival) then Yisro heard two things, the miracle of the splitting of the sea and the attack from Amalek. Why did he need to hear both?

If you think about how we process our understanding of inspiration there is a profound connection between the two events. When you have an epiphany, you’re moved, you’re emotional, you’re flying high and are primed to make significant changes to your life. If you don’t act on it not only does that drive fade, upon reflection there’s a backlash. “What was I thinking? I wasn’t actually going to do X. Only a crazy person would actually go through with something so foolish.” And so that drive not only goes away, it’s attacked with mockery. Yisro was moved by the parting of the sea, but it’s when he heard of Amalek’s attack that he realized if he didn’t do something, he was going to end up joining in their attacks.

But why is it parshas Yisro?

So we’ve got a lesson about listening to our convictions. But the question remains, why is the Torah portion with God’s very revelation named after a convert? And though I’m sure there are many answers to this, the insight that strikes me is that it is the duty of the Jewish people to be a light unto the nations. Though the mitzvahs, by design, create a culture of community, those same mitzvahs can lead that community to isolation. We must never forget that though God came down from Heaven and personally gave us the Torah, it’s our duty to give that Torah to the world. So how fitting is it that the Torah portion be named after the first outsider inspired by the light of the Jewish nation?

One response to “Yisro – More than Hearing — By Ben”