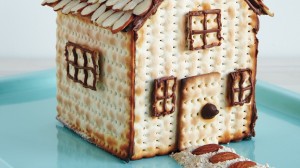 This will be the last post before the holiday of Pesach… so Chag Sameach… Enjoy… Eat Matzoh.

In last week’s post, Ben wrote about how the plagues were divided into categories. The first three demonstrating that G-d exists. The second three, that G-d is actively involved in nature. The next three that G-d is involved in the very fabric of creation… and the last being G-d’s judgement.

Last week I sat down with my friend and teacher, Rabbi Avi Rabin, to learn about how the plagues have deep psychological interpretations and meanings for all of us.

Now… I will say that when we (there is a regular group of 4-5 of us) learn with Avi… we tend to go off on many tangents… which seems to be the “Jewish” way! And thus… we did not get very far in this specific lesson, so Avi referred us to this fantastic article on Chabad.org that I am linking to here.

It is called Ten Ways To Destroy Your Life…

Yes, I know… dramatic… scary… much like the plagues themselves and many elements of the Passover story. But what is so brilliant about Judaism, is that the path out, is often the same as the path in. In other words, the same thing can be used for both good OR bad. And almost always, the choice is ours… because we do have FREE WILL!

In Judaism, we believe that our souls have Ten Attributes (Ten Sefirot), which I am listing below… But to go one step further, the author of the article, Yosef Y. Jacobson, says each attribute also corresponds to a different plague.

Let’s look at the psychology of the plagues, and how each offers the chance to succumb to the bad, or rise above, free ourselves and live good and fulfilled lives. This is just another way to enhance the discussions around the Seder table, and make Passover even more meaningful, contemporary and relevant… I am going to let him take most of the post from here:

1) Blood, which he says is destructive confidence. “Instead of a constructive confidence that builds one’s spiritual character and fosters sensitivity to others, “Egyptian” confidence breeds dominance and exploitation of other people. When one’s perception of confidence becomes truly corrupt, it can lead that person to generate rivers of blood, as the Egyptians indeed did.”

2) Frogs – Cold Intimacy. Frogs are cold-blooded amphibious creatures… and their eggs “receive no parental protection…” This is the same of robbing a “human being of the ability to experience genuine emotional intimacy with any other person—a spouse, a child or a friend.”

MG Note: Obviously human connection and true intimacy is much desired and so beneficial!

3) Lice – Unhealthy Submission. “The attribute of “submission,” like all attributes of the soul, can be productive or destructive… The ability to surrender one’s ego to a higher truth is the foundation for all spiritual growth, as is the capacity to confess an error or a wrongdoing.” Destructive “Egyptian” submission is a humility that crushes one’s spirit and dulls its zest for life.”

4) Devouring Beasts – Wild Ambition. “Ambition is one of the greatest gifts in life. Ambition is the engine that drives a person to achieve greatness and make a difference in the world. Yet, if we do not refine this character trait, our ambitions can turn us into “devouring beasts” that crush and destroy the people we perceive to be standing in the way of the fulfillment of our goals.”

5) Cattle Epidemic – Sly Compassion. “The Kabbalah teaches states that compassion is more powerful and more enduring than love. Love usually overlooks the flaws of a beloved one… Compassion, on the other hand, takes into consideration all the flaws of the individual in need of compassion, and extends a helping heart and hand regardless.”

“Egyptian” compassion is sly, shrewd and deceitful. This well-finessed and seductive compassion is employed in order to exploit other people’s weaknesses for selfish purposes and destructive goals.”

6) Boils – Brutal Rejection. “In Kabbalah, fire embodies the emotion of rejection, the soul’s capacity to refuse a person or a thing. Like fire, an act or a word of rejection may scorch or even demolish the one who is rejected.”

“Yet a healthy soul needs to know how to reject as much as it must know how to embrace. One is often called upon to refuse a destructive urge, to sever an unhealthy relationship, to say no to a spoiled child or an unethical business offer. That is healthy fire. It is a fire that destroys the negative in order to build the positive. However, when our inner capacity for rejection turns into hate, bitterness and cruelty, the embers of our soul become a destructive force. Like boils, they infect our lives and the lives of people around us.”

7) Hail – Frozen Love. “If fire symbolizes rejection, it is water—naturally descending from a higher plane to a lower plane—that embodies the qualities of generosity and loving-kindness… Yet a person who finds himself in “Egyptian” bondage knows only an icy love—a love that is based entirely on self-seeking motives and self-centered considerations. This person’s rain-like flow of love becomes cold and frozen like hail, harming his loved ones instead of nurturing them.”

Jacobson says: “The first seven plagues—blood, frogs, lice, devouring beasts, epidemic, boils and hail—reflected the Egyptian perversion of the seven emotions: confidence, bonding, submission, ambition, compassion, rejection and love. The last three plagues—locust, darkness and the death of the first-born—represented the more severe corruption of the intellectual faculties and supra-conscious dimensions of the Egyptian soul.”

8) Locust – Perverted Intelligence. “The ability of intellectual inquiry and scrutiny remains the singular most precious gift of the human race… Yet the very same power may serve as a tool to rationalize every evil practiced under the face of the sun, and to justify every destructive lifestyle or habit. Like the locust swarm that consumed all the existing plants of Egypt, leaving in its wake a barren soil, the corrupt mind can uproot every existing moral structure and every established sacred foundation, leaving in its wake a desolate society bereft of spiritual values or absolute principles.”

9) Darkness – A Locked Mind. “The power of conception is the ability of one’s mind to conceive a new and original idea that was previously inaccessible… When a person is arrogant and smug, he denies his mind the ability to experience illumination. He forces himself to remain in darkness, constricted forever to his own narrow vision of life.”

10) Death Of The First Born – Death Of Identity. “The tenth and final plague, during which the firstborn of Egypt died, was the most devastating of all. It reflected the fact that the Egyptian abuse of the soul did not only affect its conscious faculties, but went on to distort and destroy its supra-conscious forces as well… A lifestyle of ongoing addiction and abuse will ultimately bring about the death of the firstborn, or the death of the supra-conscious element of one’s soul.”

Pretty remarkable and powerful stuff. But he then goes one, final step further. He reminds us that after the Jews witnessed the Ten Plagues, they received the Ten Commandments…

Ten and Ten… Coincidence???  I think not!

He concludes so brilliantly with: “Just as the plagues reflected the perversion of the ten faculties of the soul, the Ten Commandments represent the path of spiritual healing in each of these ten faculties, allowing all ten of them to express the harmony and splendor of man’s divine essence.”

I wish you all a Happy, Healthy and Meaningful Passover. May you free yourselves from all that ensnares and enslaves you… May you find happiness and fulfillment… rebirth and healing… And may you be on the path out of Egypt and on your way to true freedom and joyous time in the Land Of Israel.