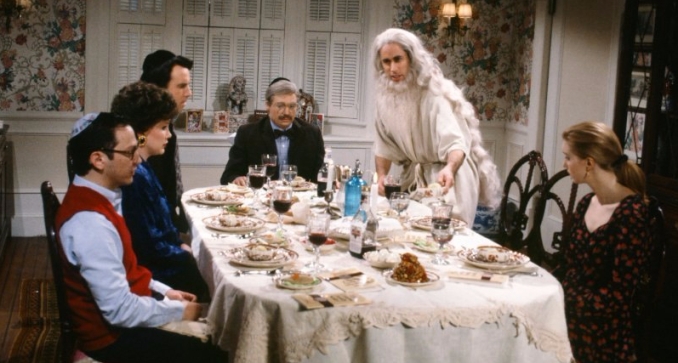 As we prepare to celebrate Pesach, we once again return to the story of how God took our ancestors out of Egypt. We’ll do the two seders, abstain from chometz, and then in 7 weeks we’ll celebrate receiving of the Torah on Shavous. You’d think we’d be done with the Egypt story. But no, then come winter, when we’re reading back through the Torah, we’ll read these stories again. Also, twice a day, when we read the Shema, we remember that God took us out of Egypt.

Then on top of that, when God personally speaks to the Jewish people giving the first of the 10 Commandments, He says, “I am Hashem, your God, Who brought you out of the land of Egypt, from the house of slaves.” (Shemos 20:2). Not, I’m God who created the world and all of existence. Not, I’m God, who sustains and supports you. So apparently it’s a big deal that we remember the events of this holiday. But why?

Speaking of the plagues, why were there 10 of the 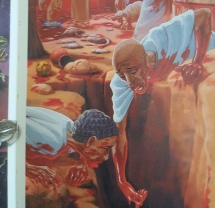 m? Why didn’t God simply decimate Egypt with an atomic explosion and protect the Jews with a magic force field? The reason is that when God has a revealed presence in the world (because He’s always present in the world we just don’t see it), it is to send a message. The plagues themselves break down into 4 categories. The first three plagues, Blood, Frogs, and Lice, were about demonstrating that God exists. As they start to reign down on Egypt, Pharaoh’s sorcerers attempt to explain away and recreate the plagues but eventually they concede saying “This is the finger of God”. At this point Pharaoh has to acknowledge that there is a real force he’s dealing with.

The second three plagues are Beasts, Death of the Animals, and Boils. With the beasts, the Midrash says that before they attacked Egypt, the beasts lined up

waiting at the border of the city. To see a line of random and wild animals standing, waiting, is not only ominous, but certainly would change your perception of what was possible. With the death of the animals, only the Egyptians’ animals died while the Jews’ animals didn’t. With the boils, Moses throws soot straight up that flies up into the air and spreads out over Egypt. That soot then descends on Egypt and causes the boils. With these plague God demonstrates not just that God exists, but that God is involved in the nature of the world.

For the third set, H 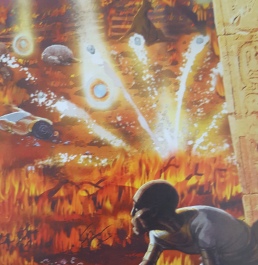 ail, Locust, and Darkness, God demonstrates something far beyond His involvement. The hail was a blend of fire and ice. Some of the hail was a ball of ice that, when it hit, exploded. Some of it fell from the sky as fire and shattered as a ball of ice. Two opposites existed side by side. With the locust, they were unlike any locusts any one had every seen. They were huge and covered in armor, something straight out of a horror movie. And the darkness was said to be tangible and froze the Egyptians in place and the Jews walked around them illuminated. So for an Egyptian everything was dark and for a Jew everything was light. Once again, two opposites coexisting. For this, God demonstrated that He doesn’t just exist, He doesn’t just rule the world, but that He rules the very fabric of creation.

The plague of the first born doesn’t fit into the categories of demonstration, but instead is a judgment, which you can read more about here. But it is from these demonstrations of God’s power, that we are supposed to understand that the bedrock of our existence is God. Not the obstacles we think that are stopping us, and not the limitations we think we’re bound by. And we needed to experience them together as a nation so we’d understand that it wasn’t just a personal mission, but national one.

“In every generation and every day, a Jew must see himself as if he had that day been liberated from Egypt.”

Pesach is the time of our freedom. As I’ve said before, Torah holidays have a spiritual essence that is uniquely available at the time we celebrate them. So with Pesach we can tap into a freedom from the struggles that are stopping us from achieving what we truly want. But most of us tend to think of freedom in binary terms. Free or enslaved.  In Judaism, the concept isn’t so black or white.

As many of us know from countless New Year’s resolutions, we can start with tremendous commitment. But within weeks (sometimes days) that commitment withers and erodes until we’re right back where we started. That’s because freedom is something that needs to be maintained so that it can be sustained. The Lubavitcher Rebbe talked about Egypt as a concept, not just a place. And that what it represented was a loss of the freedom we had achieved when we left. So to remember the Exodus is a process that actively frees us from this concept of Egypt. It keeps us in touch with our freedom through a connection to God despite the distractions and limitations of the physical world. And in doing so, frees us of those limitations and distractions.

And if you want to go deeper, on a Kabbalistic level, the Rabbis say that by the very act of remembering the miracles of Egypt, the miracles are re-enacted in the spiritual worlds above. If you know anything about Kabbalistic thought, the understanding is that our world is at the bottom of hundreds of spiritual worlds that ascend up to the Throne of God. Whatever happens above, filters down and eventually affects our physical world. But when we do mitzvahs, those resonate up to those higher spiritual worlds, create ripples and filter back down. So if the action of remembering the miracles listed above recreates them in the higher worlds, that certainly would create a profound impact here. Cool thought, if you’re into that stuff.

But on a more practical level, there is such a temptation to believe that God is not present and active in our lives. If God were involved, how could I have gotten a parking ticket keeping Shabbos in the Pico?! But it’s when we reframe the moments of our lives and are able to trust God is an active participant, that we are free to act in the way we should. Rather than from a place of doubt. And we do that by making time to remember those moments where it is so clear to us that God is involved in our lives. So to have a night devoted to refreshing and cultivating the memories of the most profound and revealed times God has affected the world… what a way to do the mitzvah.

The pictures of the plagues are from the extraordinary Katz Passover Haggadah.