The Menorah will be full tonight.
Nine candles casting their bright light.
It’s always such a stunning sight.
To watch the Menorah shine each night.

But there is also a tinge of sadness. As Chanukah ends, there is still Christmas coming up. And as a kid, it was always a bit of a letdown when Chanukah came too early. Yes, we have eight crazy nights to one… but Christmas is just flashier… at least for a kid.

But for me, the sadness is based in something else.

Within the last few weeks a good friend of my brother’s and mine… who is three years younger than I am… had a heart attack. 90% blockage in his main artery.
Another college friend had what is basically a stroke. Thankfully she knew something was going on and they caught it quickly, but still… you never want to hear the words clot and bleeding when talking about the brain.
And speaking of that, I just discovered that a good friend of mine from back East, who is one year older than me, to the day… has a tumor and brain cancer similar to what John McCain is dealing with.

That last one pushed me to the edge… and in an instinctual way, without thought, I literally looked up to the heavens and screamed, “WHY?!”

If we believe G-d is everywhere, it is interesting that I… and I think many, if not most of us, look up. Perhaps because the sky seems limitless and much bigger and more vast than the solid earth below. But I was in my house… in my bedroom… so all I could see was the ceiling above me.

Perhaps it is maturity… or a much stronger faith… or a better understanding of Judaism, but for me it was profound that I was not questioning the existence of G-d. Just simply yelling at Him… Needing and wanting an answer.

I did not have this realization in that moment, of course. I was too filled with tears and rage… fear and confusion. That thought came afterwards.

This was just instinct, and knowing and believing G-d was there, without hesitation… even as I was screaming at Him, was an important and significant moment.

I still feel lost and confused. Why was this happening to good people? Why were my friends having to deal with this now? We are not that old. These are things we should not have to be dealing with for 20 or 30 years… and yet, here we are… here they are.

For the first time in my life, I felt truly mortal. And I was scared.

My mother, who is normally filled with wisdom and sympathy… and was very sympathetic to all of this… simply said, “you’re at that age now.”

I found this answer to be lacking… and not at all what I needed to hear. And while it was clearly truthful and deeply honest, it did not give me comfort. 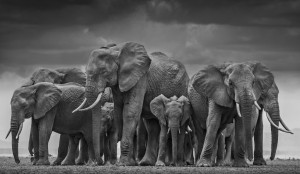 Each of my friends, were so philosophical, so grounded, so seemingly okay. As I talked to my buddy Matt, I struggled to keep my emotions in check. If he was being so strong and gallant, then surely I had to be, too. He said he was not sure how to have the conversation with each and everyone, so a post on Facebook was how I found out. It was an easier way to open up the dialogue and discussion. And I get it. I don’t know that I would want to make that phone call over and over and over.

I suppose this is one of the benefits of social media, though I am struggling to find many benefits in it these days. It is a cruel and harsh place, filled with anger and name calling. And it seems to ALWAYS be a place to go to when you want to feel really bad about your own life. (Thanks to Eric, for that observation.)

I picked up the phone and immediately called Matt, catching him, ironically, as they were driving home from his first radiation treatment. He found out two months ago, so clearly he is in a very different place emotionally and mentally than he was closer to the diagnosis… but I was still a bit floored at the calm… and as he said that he was doing all he could be doing… getting the best treatment… and letting go of all the things he had no control over.

Last night, I watched the flame of the Shamash give life to each candle… I paused and watched the flame grow just a bit, two became one… sharing in a brightness… in one glowing flame… and then marveling at how each candle lived on its own… separate, but together. The Menorah as the whole… the keeper… the everything… the One.

As I get closer to sending my only child off to college, that was a perfect metaphor.

Our children all need to grow and leave, eventually. That is the job of a parent… to teach and love and put them onto the path as best we can. But we miss the child… the infant… the new-born…
We miss how they need us for everything… and then, suddenly, for just the car keys and some cash. Or so it seems.

My friends all have kids… Mortality was staring me in the face… and that light was harsh. My friends’ stories crushed me, and still do. I am still processing all of it, and at the same time, wondering how I can best take care of myself health wise, and accomplish the long and growing list of the things I have been delaying and pushing off.

Chanukah lasts eight nights… and then it is gone until next year. But let us keep that oil burning… keep those candles bright… and embrace the warmth and the unknown, with faith and love.

We can light the Menorah… take control of that… but the winds and the rains and the storms are out of our control. So in the end, what we have is faith and trust and love. And sometimes… we need to discuss and question… and scream and shout. For that also, keeps the light shining.  Happy Chanukah… Here’s to a healthy, bright and light New Year.

And this has nothing to do with this post, really… I just needed a bit of a smile.