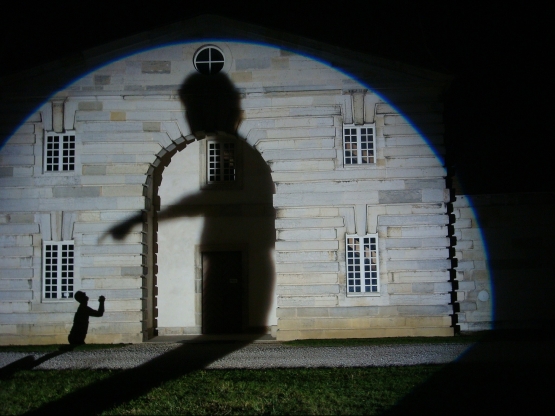 If you’re reading this on the day it was published, you are in the midst of one of the many fast days in the Jewish calendar. This one being the Fast of Esther, observed on the day before Purim. As I mentioned last week, though the holiday of the week is Purim, the weekly Torah portion is Ki Sisa, infamous for the sin of the golden calf. And interestingly enough, an important observance of the fast is given in this week’s parsha.

Moses has been up on Mt. Sinai for 40 days learning the rest of the Oral Torah. The Jews get tired of waiting and decide to make a golden calf to worship. Moses comes down (on the 17th of Tammuz, another fast day we observe) with the Ten Commandments in tablet form. Upon seeing the idolatry, shatters said tablets, and confronts the Jews, putting to death some 3,000 of the worst offenders. Then Moses returns to God and pleads for God to show him the good in this, after which God proclaims to Moses His 13 Attributes of Mercy (aka the יג Middos HaRachamim).

According to Rabbi Yochanan’s interpretation (Rosh Hashanah 17b) God tells Moses “Anytime that Israel sins, let them perform before Me this procedure and I will forgive them.” From this, during all fast days, during a special part of the service known as Selichos (as well as during Vidui and all throughout Yom Kippur) we as a congregation recite the 13 Attributes of Mercy.

So without further ado, here they are.

It’s great to remind ourselves that these are the attributes of God. But if you read through a prayer book, the praises of God often time seem repetitive, even trite. What is it about these attributes that should resonate with us?

Finally, it’s believed by saying these words, you’ll get forgiveness from God. What is this? Some magical incantation? The Talmud says that we are supposed to recognize these attributes, but then internalize and emulate them. Imagine if we lived in a world where most people were slow to anger, cared more about truth than being right, knew that their good deeds would not only make a difference but endure for half of eternity. It’s when we carry these these traits that we start to identify more with God then with our sins and short comings.

So have a great holiday and remember that Yom Kippur is understood to be a “day like Purim.” They have similar powers of atonement. Except we get to eat and drink on Purim, yay!!!