I kinda sorta try to eat healthy (depending on your definition of the word.) But basically a low carb high protein diet has always worked for me. So when I was living in Burbank, I had a ritual of going to the gym and afterwards crossing the street to the Buffalo Wild Wings. I’d get half a dozen of their parmesan garlic and half a dozen of one of their other random flavors. And I’d indulge in the creamy garlic and ranch dipping sauces.

Parmesan Garlic, how I miss you.

But then one day after a workout, I had the feeling, maybe I shouldn’t get the ranch and creamy garlic and maybe I shouldn’t order my beloved parmesan wings. And for some reason something clicked and I knew I wasn’t mixing milk and meat anymore.

Kosher is a funny mitzvah. It’s been one of the hardest ones for me to take on (and I’m still not fully there.) Giving up restaurants, eating with your non observant family, cheap microwave dinners! I’ll get up at 5:30 am to pray, but please don’t take my Veggie Grill! Yet there are whole communities of Jews who have completely thrown off their religious practices but would never touch non kosher food. On the other hand, there are those who believe that keeping kosher was given to us purely for the health reasons and since we have the FDA, health inspectors, and refrigeration, the laws of kashrus are obsolete. And then there are those who believe kosher means, “blessed by a rabbi.”

There is a lot necessary to determine whether something is kosher or not. How an animal is killed. How it is cooked. If it’s a vegetable, are there bugs in it? But the first thing to start with is, can it even be kosher to begin with? 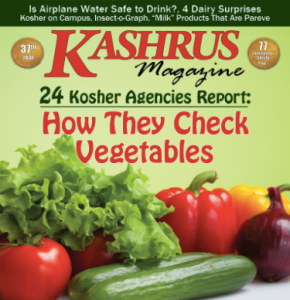 Fruits and veggies generally speaking are all (potentially) kosher. As I mentioned above, there are other considerations to be aware of such as bugs, if you’re in Israel and you’re in a shmita year things can get very complicated. And if a non Jew cooks it you’ve also got a problem. Which is why a vegan restaurant like Veggie Grill isn’t kosher. 😦

So here’s the big one. Why isn’t bacon kosher? What makes the scintillating swine so forbidden? Land animals require two criteria. 1) They must have split hooves. 2) They must chew their cud. If an animal only has one of these things, not kosher! So in the case of a pig, where it has the outward sign (split hooves) but not the inward one, they are considered particularly bad. Because they look kosher but aren’t.

Concerning sea creatures, it’s gotta have fins and scales. That means catfish, shark, eel sauce, as well as the obvious shellfish are all out. Most people think shellfish are forbidden because they are bottom feeders. And though I’m sure that’s a good reason not to eat them, that’s not why they aren’t kosher.

But unlike land animals, kosher fish don’t need to be killed in any certain way, which makes getting kosher fish easier. Potentially fish not in the kosher section of the grocery store could be kosher (but please consult your local Orthodox rabbi) and you might even think it’s okay to order fish at a non kosher restaurant. But keep in mind you don’t necessarily know what’s in a particular dish. I worked in restaurants for years. One place put shrimp paste in all the curries and oyster sauce in virtually everything else.

Birds are a little less clear cut. Birds of prey and scavengers are out. But as for what is kosher, the Torah goes through and lists all the unkosher by birds name and basically just says every other bird besides those are good. Only thing is, the birds it lists aren’t super clear what they are by today’s vernacular. So basically we rely on a tradition for understanding.

They also have to be schected and cooked properly and though by the Torah they don’t need to be kept from dairy, by rabbinic decree they do.

I’m not going to go into this one here because… come on… Are you planning on eating any locust or grasshoppers? If you are talk to your rabbi. I just wanted to let it be known some bugs are kosher.

One can try to argue the practical merits of keeping kosher; humane treatment of animals, avoidance of diseases like trichinosis, fostering of the Jewish community, even refraining from putting impure things into the body (you are what you eat,) etc. But it is important to keep in mind that though those might be benefits, they are not the reason we keep kosher. The fact of the matter is keeping kosher is a chok, a commandment given without reason.

It’s not a coincidence that along with the laws of kashrus, parshas Shemini has the tragic story of Nadav and Avihu. Moses completes the Kohanim service and turns the mishkan over to his brother Aaron. Just as he’s concluding the service, his two oldest sons decide they are going to perform the ritual themselves and bring in an eish zara, an alien fire into the Kodesh HaKodeshim, the Holy of Holies. God instantly takes their souls from their bodies. It is a difficult and complex section worthy of its own discussion.

But one insight I heard was that the fire that Nadav and Avihu brought was not prescribed by God. They made their own concoction and decided they knew better. And it lead to disaster. The reason why mitzvahs like kashrus are given without explanation is because when we think we understand them, we think we can manipulate them and obey them whenever we want. From there things can get out of hand and before you know it the focus becomes, “What do I feel like doing and how can I find a way to do that?” Opposed to there is something that I know I need to do and I may find benefits I would have never expected. The former perspective is about, how can this serve me? While the latter is about, how can I serve something bigger than myself?

The only thing we do know is that eating kosher makes us holy. The essence of kadosh (the Hebrew word for holiness) is separation. It doesn’t take a Torah scholar to see that sticking to a kosher diet clearly separates us. But we also know from tradition it affects the soul and makes us sensitive to spiritual matters. If you keep kosher 100%, great! You’re doing better than me. If you’ve ever considered keeping kosher, I suggest you give it a try. Don’t go all in. Pick one thing, maybe try to only eat fish out, or avoid milk and meat. I won’t promise you, you’ll notice a difference. But if you’re doing it in the attempt to connect to God, you’ll feel something. 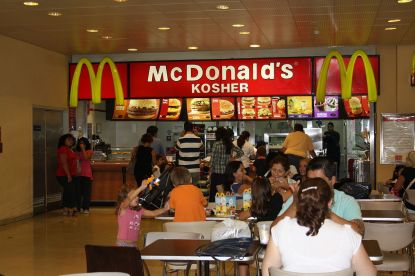 Maybe one day in America